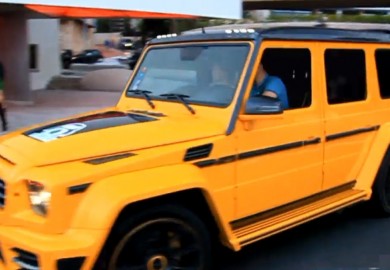 Monaco is considered as one of the supercar capitals of the globe. If you happened to love tuned or muscle cars, all you have to do is book a travel there where you will find all those souped up vehicles to be just a common sight in its busy streets. Recently, one of the vehicles spotted in the area was a Mercedes G63 AMG bearing a Mansory logo. The said auto had a yellow finish and equipped with the Gronos body kit. One of the the features of the spotted Mansory Mercedes G63 AMG Gronos was a more subtle headlights design, which looked a bit similar to the Range Rover. Then, its… Continue Reading » 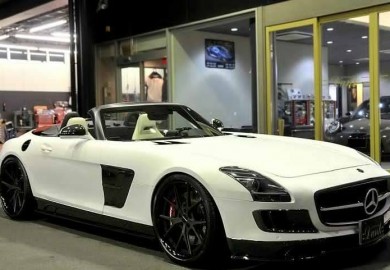 Recently, Auto Plaza Dank revealed its new project with Hyperforged Wheels Japan, which concerns a Mercedes SLS Roadster that was already tuned by Mansory. The Mansory Mercedes SLS Roadster gets the special HF-CL5 Hyperforged Wheels in anodized black. The wheels are 10.0Jx20-inch Semi Concave in front and 12.0Jx21-inch DeepConcave at the rear. Then, these are wrapped in 275/30/20 tires in front and 325/25/21 tires at the back. Mansory is known for its extreme taste in tuning Mercedes-Benz cars, and sometimes its take on some of the popular models of the brand do not sit well with some customers and automotive reviewers. However, the subject here is one of the cars that the tuner may have… Continue Reading »

Announced late last year, Mercedes-Benz has confirmed that the E-Class Superlight will see the light of showrooms in 2015. In contrast to the 2013 SL which makes extensive use of aluminum to make it lighter, the E-Class Superlight will boast of a carbon fiber structure to achieve its target of being 350 kilos lighter than an E-Class made from today’s conventional materials. Due to the properties of carbon fiber, new design concepts can be pursued, such as doing away with the B pillars, which would in turn give way to the possibility, even necessity, of having an E-Class with rear suicide doors. In keeping with the new age, high-tech use… Continue Reading »

German magazine Auto Bild reports that a superlight version of Mercedes’ current E-Class is in the works. Using carbon fiber structures, the lightweight E-Class is projected to be 350 kilos or 770 pounds lighter than the regular model. If your experience with carbon fiber is with body panels only, there’s no need to be apprehensive about the safety aspects of a lightweight E-Class. Properly designed carbon fiber can be more rigid than steel and of course, is much lighter. This is the reason the top classes of motorsports use this material extensively, and exotic car makers such as Lamborghini have started using carbon fiber structural components in its latest models…. Continue Reading »