Car2go completes year one in Seattle 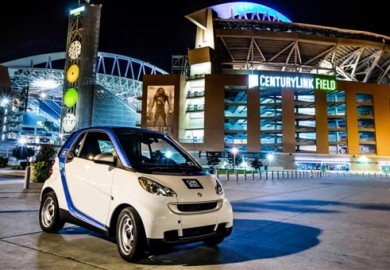 Daimler’s carsharing service car2go, powered by smart vehicles, just celebrated its first year in Seattle. The service operates 500 smart fortwo units in the area, and it is already the largest as well as the fastest-growing car2go city in the US. Launched in December 2012, car2go Seattle now has over 40,000 people registered to the service who share the 500 fortwo vehicles as they go from point to point within the city. Of the 500, 170 were added in the previous year in order to keep up with the growing demand as well as the increase in driver registrations. Nicholas Cole, car2go North America president and CEO, expressed delight in… Continue Reading »

Car2go a Hit in Seattle 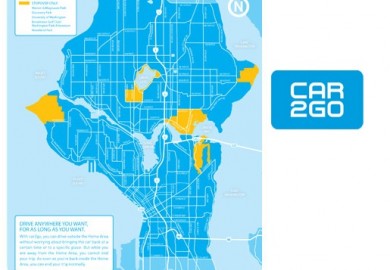 After its first 90 days of operation in Seattle, it would seem that the car2go carsharing service is a hit. There have been 18,000 registrations over those first 3 months, showing that the city has embraced the point-to-point carsharing program with open arms. Seattle is a City that embraces new and innovative forms of mobility and has provided its residents with a diverse transportation mix,” said car2go North America president and CEO Nicholas Cole. According to Seattle councilmember Tom Rasmussen, the success of and demand for the service “has been so overwhelming,” so much so that he will be introducing new legislation in order for the service to expand into… Continue Reading » 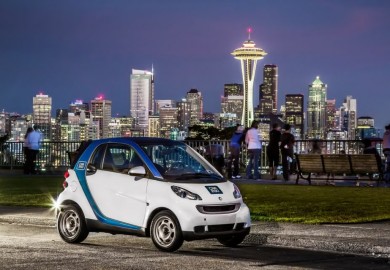 We reported on some spy shots of an entire fleet of car2go smart vehicles parked in the Seattle area, and speculated that it might be the start of a car2go car-sharing service in Seattle. Well, it’s official—car2go is set to be available in the busiest metropolis in the Pacific Northwest. The service will start on December 19, and there’s also an online membership registration. The Seattle service will feature a 330-strong fleet of smart fortwo car2go edition vehicles, and they will be available for rental 24/7. Members can enjoy up-to-the-minute rates, and there will be discounts for hourly and daily rentals. There are also smartphone apps that the members can use… Continue Reading »