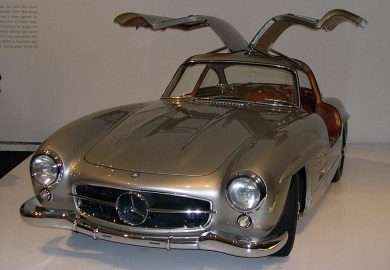 Mercedes-Benz is an iconic brand that goes way back: it all started in 1885 when German engineer Karl Benz came up with the world’s first internal combustion engine that would see the birth of automobile as we know it. Since then, the German brand has truly defied time by producing iconic and sophisticated models one after the other. Here we look at the 5 most iconic Mercedes-Benz cars made by the third most successful automobile brand in the world, behind BMW and Toyota. 1. The Mercedes-Benz 600 Pullman Launched in 1963 and built in the 1960’s and 1970’s, the 600 Pullman is a highly luxurious model that has transported the most… Continue Reading » 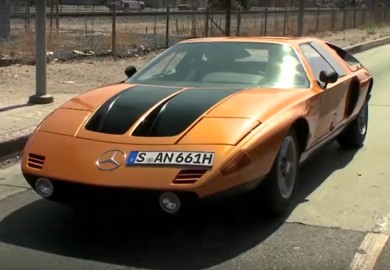 Jay Leno’s Garage recently featured a very rare treat to its fans, the Mercedes-Benz C111-II gullwing. In his new video posted on YouTube, the Television Hall of Famer was joined by Constantin von Kageneck from the Mercedes-Benz Classic Center to showcase one of the best cars of the three-pointed star brand that never made it to the hands of private individuals. The two started the video by discussing a bit of the second-generation C111’s history and key features. Then, they opened up the rear engine bay of the auto to give viewers a glimpse of what’s powering it up. Next, they finally take it to the roads with Leno at the steering wheel and Kageneck riding shotgun. It seemed… Continue Reading » 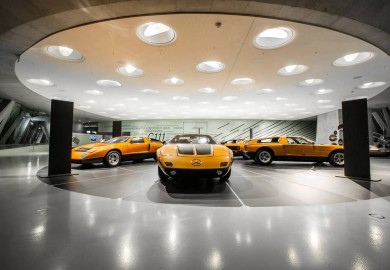 The Mercedes-Benz C111 is an iconic concept car produced by Mercedes-Benz nearly half a century ago. It continues to be as amazing as the day it was initially unveiled. As a tribute to the stunning concept car, the Mercedes-Benz Museum launched an exhibition showing the car that was never made available in the market, as shown on a report from gtspirit.com When the C111 was produced in 1969, it showcased the best technology at that time from its bodywork, powertrain and chassis. The trademark gullwing doors, which were originally designed for the 300 SL, were enhanced using fiberglass reinforced plastic. The doors were attached firmly into the steel frame floor…. Continue Reading » 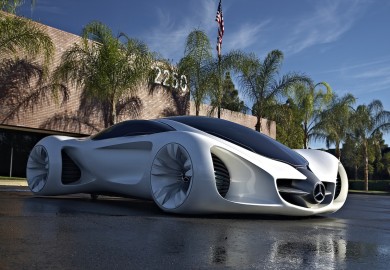 Part of what makes Mercedes-Benz vehicles unique is their use of technology and innovation. The company has created a number of research and concept cars throughout its history to test out new ideas before incorporating them into its main products. The following are five of the most interesting concepts. C 111     Mercedes-Benz showcased its exceptional new racing car at the Frankfurt International Motor Show in 1969: the C 111. This high speed concept had gullwing doors that swung upwards, and a sleek triangular body. It was painted a garish shade of orange metallic, and was designed to test the new Wankel engine. In 1969 the engine had three rotors… Continue Reading »