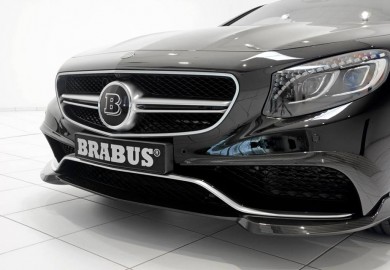 The Brabus 850 Mercedes-Benz S63 Coupe initially showed off its impressive features during the Geneva Motor Show last March. Recently, a new set of studio images of the luxury vehicle were released by the tuning specialist, and once again it showed the notable features of the tuned luxury vehicle, as indicated on a report from motorward.com. The engine of the Brabus 850 Mercedes-Benz S63 Coupe is considered as its main feature. The original vehicle featured a 5.5-liter twin-turbo V8 engine manufactured by AMG. However, Brabus installed a new crankshaft into the luxury vehicle offering a longer stroke along with an enlarged cylinder bore and bigger forged pistons. These modifications increased… Continue Reading »