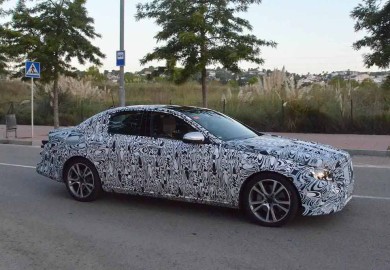 The Mercedes-Benz E-Class may be a notch below the S-Class in terms of overall features. But a new report suggests the 2017 model of the car might overshadow the flagship unit of the three-pointed star brand when it comes to technological elements. Here are the key tech updates you can expect from the mid-range sedan of Mercedes-Benz in the near future according to Autoblog: Park Pilot The feature provides a remote control parking using a smartphone without the driver staying inside the car. This is useful if the space is too tight for the driver to open the doors when parked. Improved Multibeam Adaptive Light System The headlights of the car have been… Continue Reading »

Beltbag: A New Safety Feature to be Released by Mercedes-Benz

As roads are becoming more dangerous overtime because of drunk or neglectful drivers, car manufacturers are actively looking for protective devices that they can put on their models. The airbags, for example, are being highly developed. Now, there are airbags for the knees which are adopted by almost all car makers. But Mercedes-Benz is not stopping there, they are now releasing the “Beltbag.” According to Daimler’s media site, the Beltbag will go in production in a luxury class model, which, we think should be the S-Class that will be released sometime next year. Like what the name implies, the Beltbag will be worn like a belt by the passengers in… Continue Reading »