Mercedes-Benz Vision AVTR: A Car Powered by the Mind 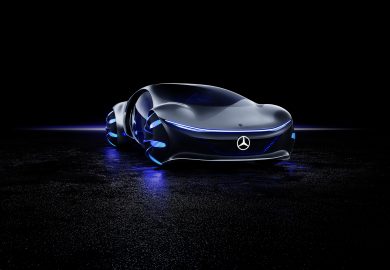 The Mercedes-Benz Vision AVTR really amazed us when it was unveiled at last year’s Consumer Electronics Show (CES) in Las Vegas because of its very futuristic appearance and innovative biometric interaction program that lets the driver steer the auto using subtle gestures. The name of the concept car means “Advanced Vehicle Transformation”, and it is also a play of “Avatar”, which happens to be one of the highest-grossing sci-fi films of our time. The Avatar-inspired car is one of the highlights of the three-pointed star marque at the Munich Auto Show this month. This time, it is packing a new feature that lets it read the mind of its user…. Continue Reading »

A Joyride Inside the Avatar-Inspired Mercedes-Benz Vision AVTR 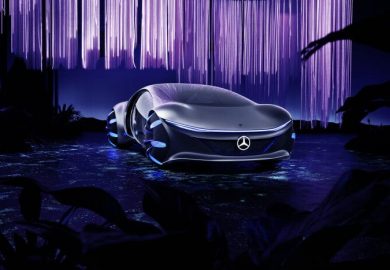 The Mercedes-Benz Vision AVTR unveiled early this year at the Consumer Electronics Show in Las Vegas is indeed another very wild concept from the three-pointed star marque. AVTR stands for “Advanced Vehicle Transformation”, and it is also inspired by the movie “Avatar” released in 2009. According to Mercedes-Benz, the Vision AVTR represents a “new interaction between human, machine, and nature”. It adopts the palette of the Mercedes-Benz F015 Luxury in Motion and the Mercedes-Benz EQ Concept inside and out. Same as the mentioned autonomous electric vehicle concepts, the AVTR is literally lit because it comes with a lot of blue lights illuminating its front, sides, rims, and logos. Meanwhile, its… Continue Reading »