Mercedes gets one-two as Rosberg keeps rolling in Russian GP 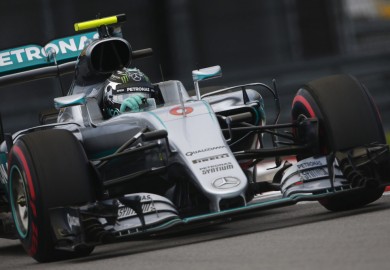 It’s looking more and more like Nico Rosberg’s year, as the Mercedes AMG Petronas F1 driver took home the victory for the fourth straight race this 2016 F1 season. Teammate Lewis Hamilton took advantage of an early appearance by the safety car to move from P10 in the starting grid to a second-place finish, giving the team its second one-two finish this year so far. Kimi Raikkonen took the final podium spot, but the Ferrari just did not have the pace to challenge the Mercedes cars in this one. The red cars’ efforts were also hampered early on after Sebastian Vettel was bumped from behind by Daniil Kvyat not once but twice,… Continue Reading »