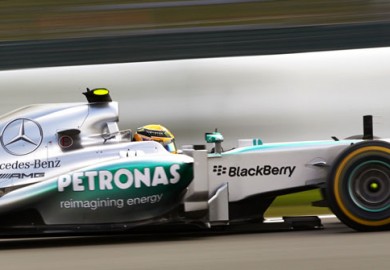 The Mercedes F1 team had high hopes after Lewis Hamilton took pole position in the team’s home race at the German Grand Prix, but he was passed by the trailing Red Bulls right from the start and he never recovered enough to even challenge for the win. The Brit had to settle for P5, while teammate Nico Rosberg was able to improve his standing and finish in P9. Sebastian Vettel took the win in this race, marking the first time the German driver has won his home race. Overall, the race pace for the Merceds AMG Petronas cars were good; however, getting passed by the blitzing Red Bulls from the… Continue Reading » 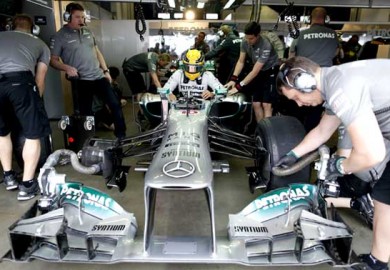 The conditions were great, and the Mercedes AMG Petronas F1 team showed great form in the first two practice sessions for the 2013 German Grand Prix. Nico Rosberg placed second in the two sessions, while Lewis Hamilton topped the first practice and settled for P8 in the afternoon after some tweaks. “It’s a great track and a lot of fun to drive here with my current Silver Arrow,” said Rosberg. “It was an interesting day for us as we had to adapt to the new tires. They are different and require a different set-up, so today was a good opportunity to learn something.” Rosberg added that it was important to… Continue Reading » 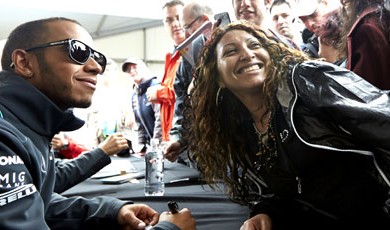 With the FIA International Tribunal dropping the hammer and banning the Mercedes F1 team from the 3-day young driver test in Silverstone, rival teams have questioned and mocked the fairly lenient decision. Mercedes AMG Petronas driver Lewis Hamilton, however, believes otherwise. The Mercedes newcomer agreed with the sentiment of team principal Ross Brawn that being banned from the test is definitely going to hurt. Hamilton cited the various upgrades and other plans that the team had been looking forward to trying out during that testing period. “That test is quite an important test for the year,” said Hamilton. “It’s the only test, really.” Red Bull’s Christian Horner spoke out on… Continue Reading » 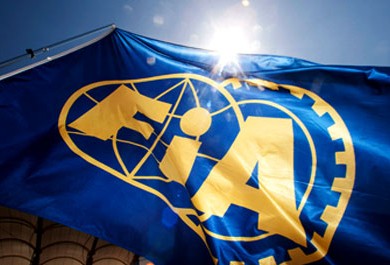 The FIA Tribunal had convened and met face-to-face with the key people involved in the tire-test controversy that the Mercedes AMG Petronas F1 team and Pirelli have found themselves embroiled in. The proceedings finished late Thursday afternoon, so there won’t be a verdict until sometime on Friday. The Mercedes team, represented by team principal Ross Brawn, maintained that it did not break any of the sporting regulations that govern Formula One. However, according to the FIA, the aforementioned parties could have ‘contravened’ the International Sporting Code, particularly Article 151c that defines a breach as: Any fraudulent conduct or any act prejudicial to the interests of any competition or to the… Continue Reading » 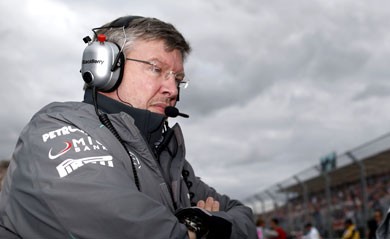 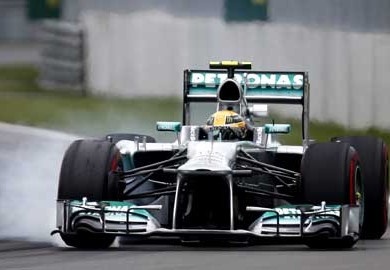 Nobody was able to provide a challenge for Sebastian Vettel at the 2013 Monaco Grand Prix, so Fernando Alonso and Lewis Hamilton had to settle for the battle for second place. He lost that, too, but at least managed to get his third podium finish in the last seven races. Hamilton said that his car ‘felt fantastic’ but lamented the lack of pace compared to Vettel and Alonso. “I was on the maximum that I could possibly drive and we got absolutely everything out of the car today,” said the Brit. “It would have been nice to have kept second place, of course, but Fernando was very quick today and… Continue Reading » 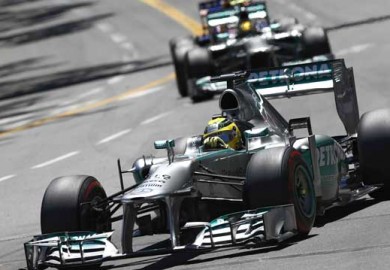 With one win finally in the bag, the Mercedes AMG Petronas F1 team is keen on keeping their momentum going. The team is hoping for another solid performance at the 2013 Canadian Grand Prix this coming weekend. The Canadian GP presents a challenge in terms of brake wear, as there are six times each lap where drivers brake from 250 kph or more. In addition, 11 of 14 corners are at 160 kph. Nico Rosberg, fresh off his Monaco GP win, where he led all laps (the first to accomplish the feat this season) from pole position, says that the Circuit Gilles Villeneuve is among his favorite F1 tracks and is… Continue Reading »