Mercedes-Benz Marco Polo Allows You To Camp In Style 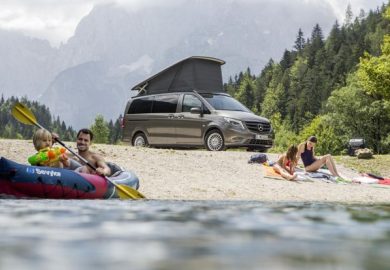 Thinking about glamping? What would the great outdoors be like from the insides of the coolest campervans in the market today? The Mercedes-Benz Marco Polo will bring comfort and luxury to baby boomers who want to travel the country in style. The Marco Polo is Mercedes’ “modern take” on the Volkswagen Kombi camper. It has two large double beds, situated on the roof and in the main cabin. It’s basically an eight-seater family van that you can turn into a motorhome by turning down middle and last rows. For maximum comfortability, the top bunk has a thin but high-quality mattress while the lower seating converts to a double bed. Simply… Continue Reading »

Spy Shots Of The New Mercedes-Benz Sprinter Van Are Out 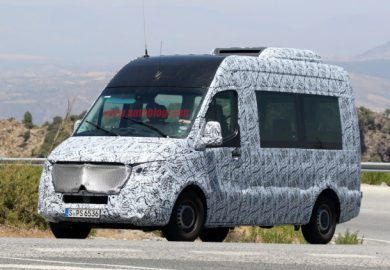 There are a lot of speculations about how the next-generation Mercedes-Benz Sprinter will look like, but that’s about to end now as spy photographers recently snapped the van being tested in some twisty mountain roads. Considering that the Sprinter van was covered in camouflage that could wrap several new A-Class vehicles, we still managed to create a rendition of this 2019 model-year Sprinter Van from the German automaker. Truth be told, it looks like the van will use a larger passenger van/bus configuration. That much the wraps cannot cover. It might seem a little overkill to wrap the van in all that camouflage, but that’s what prototype testing is traditionally… Continue Reading » 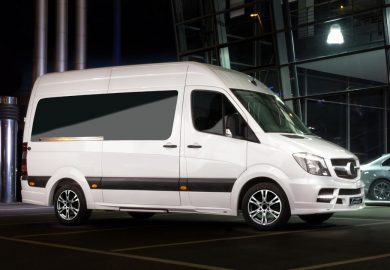 German tuner Lorinser recently introduced its widebody kit for the Mercedes-Benz Sprinter. The cosmetic updates not only include the exterior but the interior of the van as well. The body enhancements provide the van a refreshed look. Check out the upgrades given by Lorinser to the Sprinter based on a report by Motor1.com: Exterior Outside, the Sprinter gets a more stunning look thanks to new LED running lights, fender flares, rear bumper, diffuser and wheels. The wheels measure 18 inches in diameter with 8-inch wide split spoke design. Customers can choose between the revised grille with the three-pointed star Mercedes logo or the customized grille with the Lorinser badge. Interior Buyers of the kit… Continue Reading » 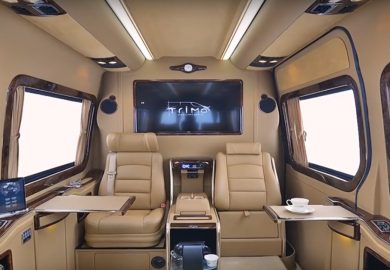 The key in making your road trip amazing, safe, comfortable and memorable is by choosing the right vehicle for it. If you are looking for an auto that will fit your requirements, you should check out the Mercedes-Benz Sprinter SVD1010 VIP Design by TRIMO. Basically, the Sprinter has been modified by TRIMO to house premium elements inside. The cabin of the auto features an eleven-seating capacity, including the driver’s seat and the front passenger seat. The nine seats in its coach are adjustable and can be fully reclined. The surfaces of the auto were covered in what appears to be high-end leather and premium wood trims with chrome accents. We have… Continue Reading » 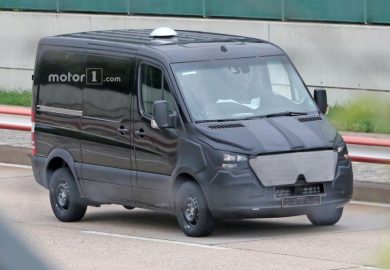 Spy shots of the test mule of the next-generation Mercedes-Benz Sprinter emerged recently, as shown on a report from motor1.com. The new Sprinter is not expected to be officially unveiled before 2018, which means it is currently in the early stages of its development. One thing that stood out was the heavy camouflaged on the nose of the luxury commercial van. However, it does take some inspiration from the Metris/Vito through the way the headlights are connected to the grille. The other parts of the test mule are based on the current version of the Sprinter. Since function is more important than design, the upcoming Sprinter may have a boxy… Continue Reading » 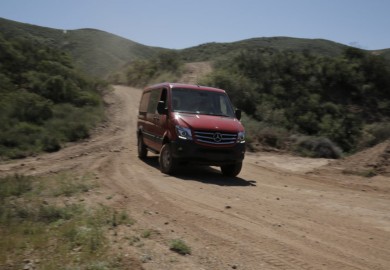 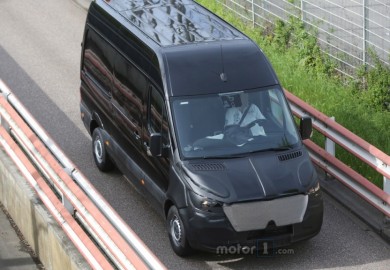 A prototype of an upcoming model of the Mercedes-Benz Sprinter was spotted recently, as shown on a report from motor1.com. The prototype was seen sporting the body of the current generation, essentially making it a mule. The company is reportedly evaluating a number of prototypes of the new Sprinter using this method. Basing on the mule, the new Sprinter may use a variation of the elegant appearance of the Mercedes-Benz V-Class/Metris. Industry watchers expect the appearance of the new vehicle to focus on functionality since it is a van prioritizing features rather than design. The rear-wheel drive system is expected to be the standard of the new Sprinter with a… Continue Reading »