A longtime fan of basketball and Formula One, this guy has been a Mercedes-Benz enthusiast since he's heard about cars. One day, he'll own an AMG car--or so he says.

Bottas in pole as Hamilton crashes at Brazilian GP quali 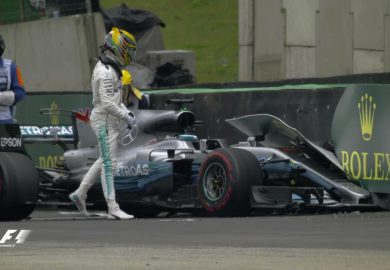 With nothing to play for, you’d think Lewis Hamilton could take it easy. It was Valtteri Bottas making the most of qualifying as Hamilton crashes into a wall at 160mph early into the qualifying session of the Brazilian GP. We have Bottas in pole after he just barely got past Sebastian Vettel. Hamilton did say he will still try to win the final two events of this 2017 Formula One World Championship season, so we’ll see how the recently crowned F1 champion will fare coming from the back of the grid. It’s the first time Hamilton was out by Q1 since late August 2016, at the Belgian Grand Prix. He still… Continue Reading » 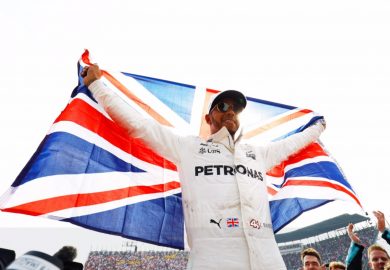 Lewis Hamilton clinched his fourth F1 championship at the 2018 Mexican Grand Prix. Despite finishing a mere ninth, Hamilton took home the title and became the most successful British driver in F1 history. He now has one more championship over Sir Jackie Stewart, and he will work towards matching Juan Manuel Fangio’s 5 titles next season. Hamilton is now tied in third place for most all-time F1 titles. Alain Prost and Sebastian Vettel both have four as well. Vettel needed to finish at least second to keep the championship contested, but an incident between the Ferrari and Hamilton’s Mercedes on the first lap led to front wing damage for Vettel… Continue Reading » 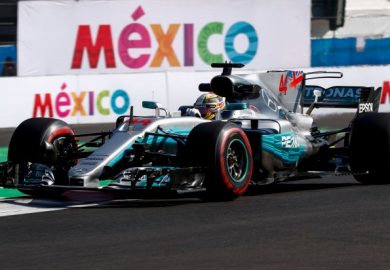 Lewis Hamilton isn’t going to get the smooth-sailing title-clinching run he likely hoped for before this weekend at the Mexican GP. The championship leader will have to start from the second row of the grid on Sunday, after Ferrari’s Sebastian Vettel secured the 50th pole position of his career. Red Bull’s Max Verstappen had hoped he put in a good enough time to take pole and become the youngest pole-sitter in the history of the Mexican GP, but Vettel had other plans. The German driver will do his best in the last three races to complicate matters for Hamilton, who in turn is seeking his fourth career F1 title. Hamilton… Continue Reading » 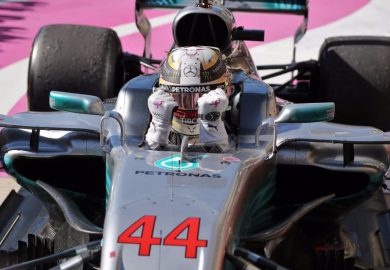 Lewis Hamilton won the 2018 US Grand Prix from pole position and put one foot in the door of his fourth F1 title. He is now 66 points ahead of title rival Sebastian Vettel, who is still in it from a mathematical perspective. But there are only three races left. That’s a max of 75 points if one can win all three. The chances of Hamilton letting this title go are really slim. In fact, the only way the title doesn’t get clinched in the next race is if Hamilton finishes sixth or lower while Vettel wins the race. Hamilton has not finished lower than second place in his last… Continue Reading » 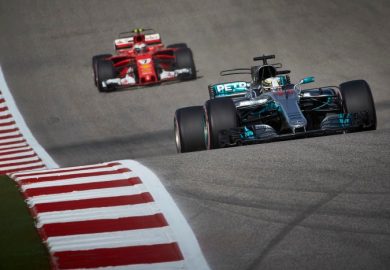 Lewis Hamilton was able to secure pole position at the 2018 US GP, following a solid qualifying session that saw him post a time three-tenths of a second faster than rival Sebastian Vettel. Of course, getting pole by no means guarantees a win, and Vettel can still spoil the fun as long as he does not make any race-ending mistakes. Hamilton’s 1:33.108 was good for the new track record at the Circuit of the Americas in Texas. It is his 11th pole this season, and the 72nd overall of his career. In addition, Hamilton moved to the top of the all-time front-row list with 117 total for his career. The… Continue Reading » 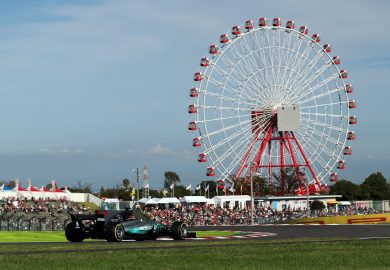 Lewis Hamilton won a relatively tightly contested race at the 2017 Japanese GP, with the challenge coming from an unexpected source. With Ferrari’s Sebastian Vettel having issues with his car, and eventually needing to retire, the coast was clear for Hamilton – but Red Bull’s Max Verstappen was not going to just hand the victory to the Brit. Hamilton had to keep Verstappen at bay for a while, and this led to some tyre management issues later on. Still, the points leader managed to pull through with the win. Thanks to the race win and Vettel’s retirement, Hamilton was able to extend his lead in the championship race to 39… Continue Reading » 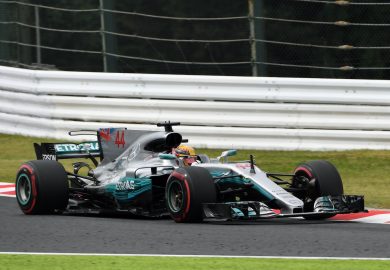 Lewis Hamilton achieved his first-ever career pole position at the Suzuka circuit, giving him an edge heading into the 2017 Japanese Grand Prix, where he expects another good battle with the Ferrari team. Hamilton’s Mercedes teammate Valtteri Bottas was actually second-fastest in qualifying, but he will be slapped with a five-place grid penalty. This bumps Ferrari’s Sebastian Vettel up to the front row. The Red Bulls qualified next, followed by Kimi Raikkonen in the other Ferrari. Raikkonen, however, will also be given a five-place gearbox penalty. It was a record-breaking qualifying session for Hamilton, who shattered the track record of 1:28.95 held previously by Michael Schumacher. He had already been close… Continue Reading »