3 Things To Know About The 2020 Mercedes-Benz S-Class

The history of the Mercedes-Benz S-Class dates back to the 1970s when it was introduced as the company’s flagship sedan model. Now on its sixth generation (introduced back in 2013), the sixth generation is up for a redesign. These new spy shots of the 2020 S-Class show a new production-ready LED headlights and giant screens in its cockpit.

From the looks of it, there will be a 4×4 arrangement of LEDs for the main beams and a set of motion LEDs will serve as both turn signals and running lights of the S-Class. We can’t see the overall design of the headlights though because of the wraps.

We expect the camouflage to come off at the European auto shows, possibly a debut at the Geneva Motor Show or the Frankfurt Auto Show. 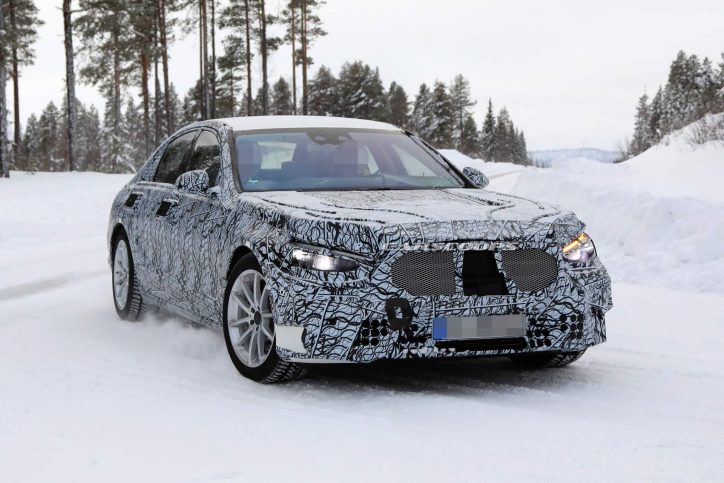 From its latest spy shots, expect the new S-Class to have not only LED lighting throughout but the front end will gain a more aggressive fascia with new headlight housings, a new grille, and larger lower intakes. Wheel sizing will start at 18 inches but can go up to 20 inches in diameter.

The 2020 S-Class will only be available as a four-door sedan while the S-Class Coupe and S-Class Cabriolet will not be part of the trim level. 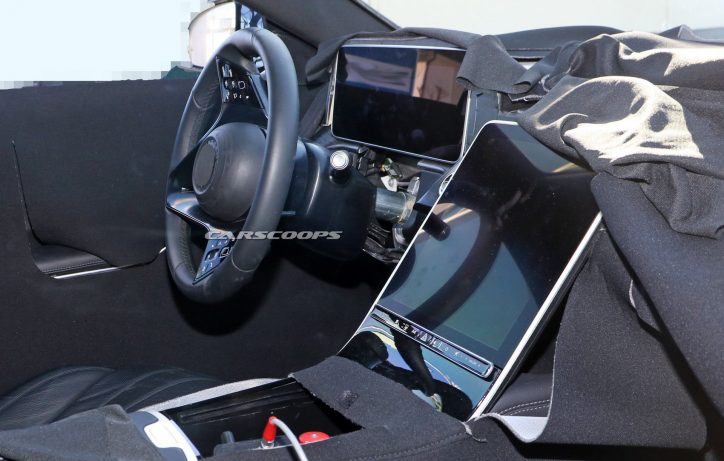 The dashboard will have a horizontal design element and the latest in infotainment and safety technology. The spy photos reveal giant screens inside it.

The car might fit up to five people, though a 2+2 seating is also a possibility. It will come with wood, aluminum, and piano black trim bits. The 2020 S-Class also reportedly has a Level 3 autonomous capability. 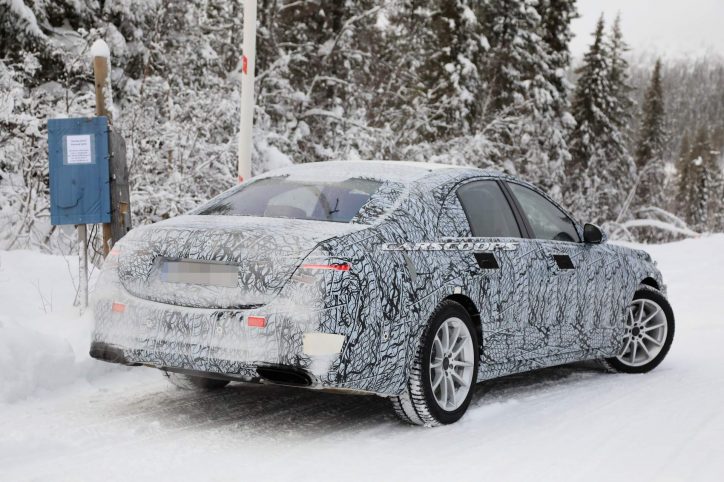 Under the hood, the S-Class will either have a turbo six-cylinder, a turbo eight-cylinder, or a twin-turbo V12. The engine will be paired with a nine-speed automatic transmission while rear-wheel-drive should come as standard with the option for a 4MATIC all-wheel-drive.