Lewis Hamilton: The Second Most Successful Driver in F1 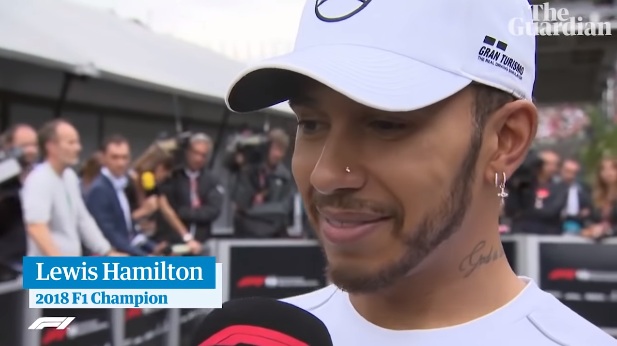 Lewis Hamilton’s interview with The Guardian.

Lewis Hamilton finally took his spot as one of the Formula 1 greats when he grabbed his fifth World Drivers’ Championship (WDC) at the 2018 Mexican Grand Prix last Sunday. He is now tied with Juan Manuel Fangio in the record books in terms of having the most championships in the sport.

The 2018 F1 season saw a rocky start for Mercedes as Ferrari started strong with Sebastian Vettel winning the first two races. The German went on to challenge the supremacy of Hamilton on several occasions, and he even led the F1 Drivers’ Standings at some points of the season. However, the resiliency and consistency of Hamilton in scoring points both played a key role in his championship goal. Let’s add to that the support the Briton also got from his teammate Valtteri Bottas during the crucial moments of the year.

The Mexican GP saw Hamilton only finish at the fourth place while Bottas trailed behind at the fifth rank. Red Bull’s Max Verstappen won the race, and Ferrari’s Vettel and Kimi Raikkonen took the second and third spots, respectively.

Having gained a total of 358 points in the standings, leading by 64 points against the second-placer Vettel, and with only two races in the 2018 season remaining, are enough for Hamilton to secure the championship.

Despite his achievement, Hamilton remained humble when he acknowledged that Michael Schumacher is still the greatest driver in F1. Schumacher, who ended his career in F1 with the Mercedes team, holds the most championship reigns in F1. His seventh WDC came in 2004.

At 33 years old and still in his prime, there’s a good chance that Hamilton could match or even break the record of Schumacher. The Briton logged his 11th year in F1 this 2018, and having a multi-year contract with Mercedes means that he is not going out of the sport anytime soon. Meanwhile, Schumacher wrapped his F1 career in 2012 with a total of 21 years in the organization.