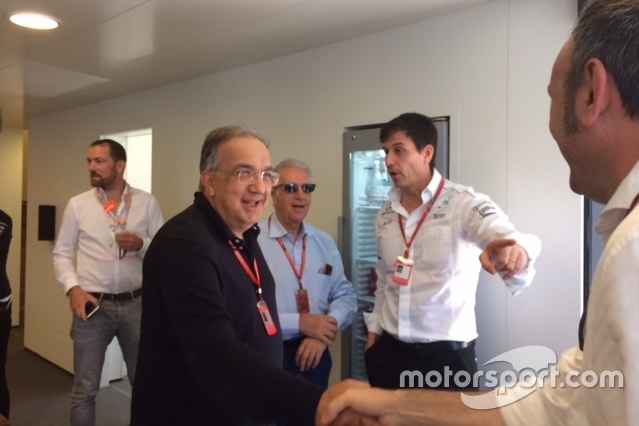 Toto Wolff, Mercedes AMG Petronas owner and executive director, said that his thoughts were with Sergio Marchionne, Scuderia Ferrari president and chief executive officer, and his family. The Ferrari boss unexpectedly stepped down from his position on Saturday night citing illness as a reason.

“Even in the joy of victory, our thoughts also remain with Sergio Marchionne and his family. Although we are rivals on the track, we are friends off it and we were saddened to hear the news of his illness,” Wolff told Sky Sports on Sunday night.

The Mercedes boss added that he also felt bad about the crash that cost Sebastian Vettel’s victory at the Formula 1 German Grand Prix. “I feel for him because it is home grand prix,” Wolff told Sky F1. “We hit each other hard on the track, and this was a moment which gave us the win, but I can also sympathize,” he cleared out.

Victory was Important for Ferrari at the German GP

Meanwhile, Maurizio Arrivabene, Ferrari’s team principal, felt that a victory in the German GP was important to them. “In what was a particularly fraught weekend for the team, it would have been important for us to bring home the win and our car had shown it was up to the job,” he stated in an interview with The Checkered Flag.

Despite the circumstances, Arrivabene took consolation that Kimi Raikkonen still managed to finish third during last Sunday’s race. “Unfortunately, things did not go as planned. Kimi drove a great race to make it to the podium. We now head off immediately for Hungary, determined to give it our best shot, just prior to the summer break,” he pointed out.

Based on the latest updates, Marchionne remains in grave condition.

Wolff took time to discuss their decision to call off the contest between their two drivers for the first place at the German GP too. It should be noted that Valtteri Bottas was instructed to maintain his position and allow Lewis Hamilton to win the race.

“With so much at stake, and after the misfortune of recent weeks, we took the call to tell Valtteri to hold position–it would have been the same if the cars had been the other way round, too, because we needed to protect the one-two and avoid losing one or both cars,” Wolff said.