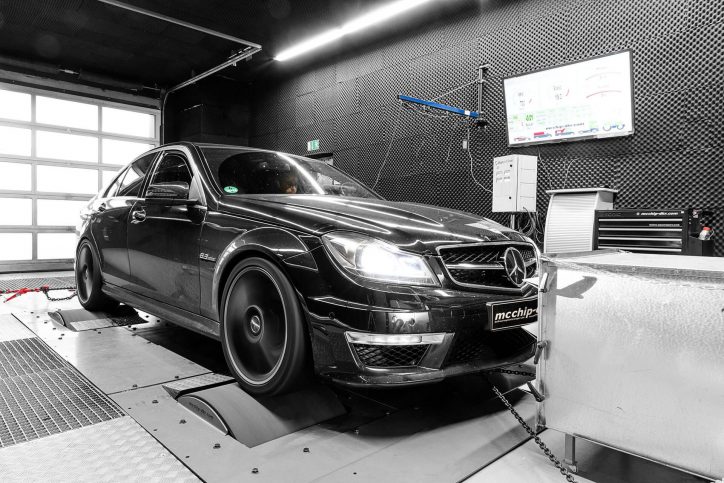 McChip-DKR is offering a tuning package for the previous generation of the Mercedes-AMG C63 that boosts its overall power to 818 hp and 820 Nm of torque. However, the cost of the work alone will set you back at €92,999 or $109,452. Just to make it clear, the price is only for the tuning package and it does not include a donor car.

A Lot of Boost for the C63 Engine

The steep tuning package adds 368 hp and 220 Nm of torque to the original output of the C63. Then, it raises the top speed of the car to 320 km/h. The increase in power is made possible by the tuner’s supercharger kit, top-of-the-line exhaust system, and other performance-enhancing components.

Other Stages of the C63 McChip-DKR Tuning Kit