Donald Trump Wants to Keep Mercedes-Benz Out of the U.S. 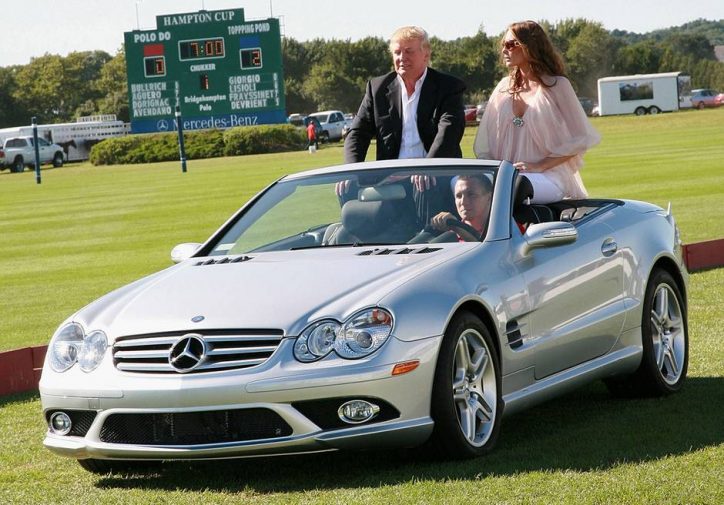 President Donald Trump wants to keep Mercedes-Benz and other German luxury car brands out of the U.S. A post he made in Twitter suggested that he is making the move to save local automakers.

The report came from Fortune, citing German publication WirtschaftsWoche as a source. The story allegedly originated from unnamed diplomatic personalities.

They claimed Trump told French President Emmanuel Macron that he will keep his trade policy going “until no Mercedes models rolled on Fifth Avenue in New York.” The move would likely affect other luxury vehicles as well, like Porsche and Audi.

Last week, Trump already started pushing for heavy tariffs on car imports. The duties can be legally adjusted up to 25%. US Commerce Secretary Wilbur Ross defended it saying, “there is evidence suggesting that, for decades, imports from abroad have eroded our domestic auto industry.”

A Tweet from Trump on May 23 further solidified the speculations wherein he said, “There will be big news coming soon for our great American Autoworkers. After many decades of losing your jobs to other countries, you have waited long enough!”

There will be big news coming soon for our great American Autoworkers. After many decades of losing your jobs to other countries, you have waited long enough!

We are yet to get more details about how Trump will implement his plans. However, it should be noted that Germany is the largest European exporter of cars in the U.S. Mercedes has hundreds of dealerships in the country and it also has manufacturing plants for its SUVs, cars, and vans in the area. Daimler has assembly plants there for its trucks, too.

Tagged with: Mercedes Benz, trump, US