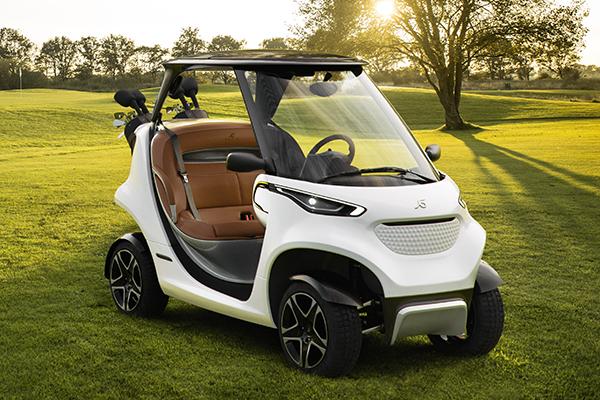 Last March, the Garia Golf Car was unveiled at the Geneva Motor Show. So, why are we featuring it here? That’s because it is inspired by Mercedes-Benz Style.

Now, what makes the Garia Golf Car worth more than the said luxury cars?

Garia stated that the Mercedes-inspired styling of the golf car makes it sportier than the ordinary golf carts. The key highlights of the vehicle include LED lights and grille that mimic those found in ordinary autos. The nose also features a surface similar to that of a golf ball. Then, there’s the small rear spoiler of the cart that seamlessly functions as a golf bag holder, too. A set of 14-inch aluminum rims with black five-spoke design possessing diamond-cut elements further adorn its exterior.

Next, the Garia Golf Car has a carbon-fiber roof with rain groove. The vehicle has a spacious storage within the dashboard and a built-in cooler as well. What’s more, the luxurious golf car is equipped with 10-inch infotainment touchscreen and Bluetooth sound system.

The Garia Golf Car is not just for the golf course. In fact, it is classified as a low-speed, street-legal vehicle. Within it is a lithium battery pack that provides it an electric range of up to 50 miles.

There are two drive modes available in the Garia Golf Car, namely the Golf and Street. The Street mode allows the vehicle to reach an electronically-capped top speed of 25 mph while the European version of it can go up to 43 mph.

Garia has partnered with Mansory for the sales and distribution of its new golf car.