Justin Bieber’s Mercedes-Benz G-Wagon involved in crash, but other SUV worse off

Canadian pop star Justin Bieber was involved in a minor car crash this past weekend on Sunset Boulevard in Los Angeles, when his Mercedes-Benz G-Wagon was rear-ended by a Range Rover. 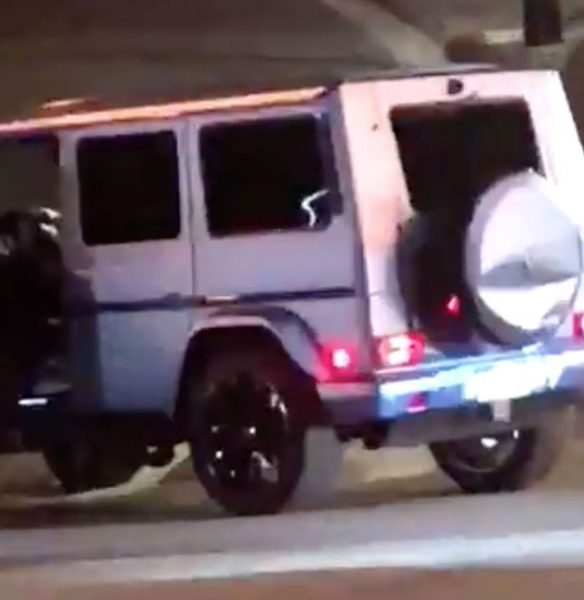 Both drivers were able to get out of their respective vehicles to inspect the damage. No one seemed to have suffered any serious injury. According to some reports, one of the cars had an OnStar system that was able to alert law enforcement right away.

The Mercedes-Benz G-Wagon had a damaged rear-mounted spare tire case. The Range Rover, on the other hand, was much worse for wear. It sustained considerable damage to the front, with a busted right front headlight and a twisted hood. I guess that shows just how tough a G-Wagon can be.

Of course, we don’t know exactly how the collision happened. The damage sustained can be affected by the angle at which the two points of contact hit each other, as well as the two vehicles’ respective speeds.

A bystander and fan was able to capture the aftermath of the incident on video and promptly posted it on Twitter.

just watched Justin Bieber get into a car crash. this is the epitome of living in LA. i love u and hope ur ok @justinbieber pic.twitter.com/AHUIethRw9

No reports were filed, and this is really just a minor rear-end incident. One thing’s for sure: that’s a tough Mercedes-Benz G-Wagon.