IMSA Mercedes-AMG GT S Surpasses the Power of the GT3 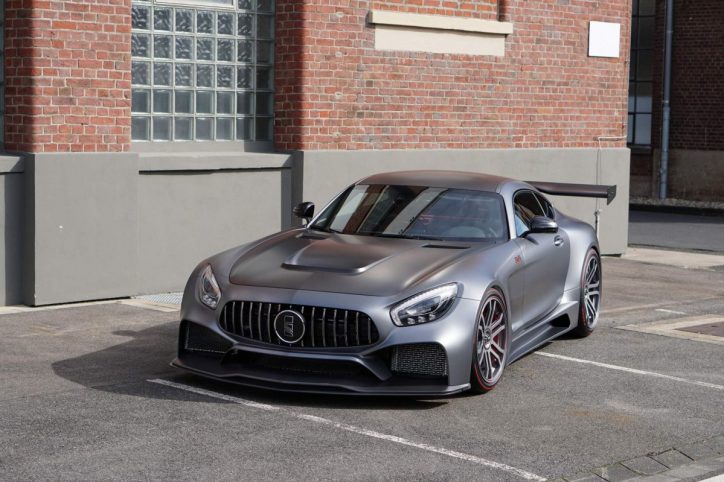 If you got the Mercedes-AMG GT S before the GT R even came out, now is your chance to boost the power of your unit and even surpass the might of the sports car dubbed as the “Beast of Green Hell”. IMSA just released its performance package that will not only put the power of the GT R to shame but even its racing counterpart, the GT3.

The tuner gave the GT S a total of 860 hp. Then, it rechristened it as the “IMSA RXR”. The product was showcased at the Frankfurt Motor Show. Despite its overwhelming specs, it was overshadowed in the media by the world debuts of other vehicles in the event, including the awesome Mercedes-AMG Project One concept car.

According to DriveMag, the IMSA RXR kept the 4.0-liter biturbo V8 engine of the GT S. However, the unit was tweaked to deliver 860 hp and 1,000 Nm of torque. The boost was made possible by upgrades including a lighter crankshaft, bespoke forged pistons, dual-row intercooler, new cylinder heads, enhanced exhausts and modified transmission.

The GT S was made more imposing by IMSA’s range of racing-style aero updates like more aggressive bumpers, hood, side skirts, rear diffuser and rear wing. The panels and the hood of the vehicle were replaced with carbon fiber elements. As a result, the car shed around 300 kg from its weight. Furthermore, the chassis and suspension of the unit were customized too. To top it all off, the tuner fitted the vehicle with forged aluminum wheels wrapped in Pirelli Zero Trofeo R tires.

The interior design was also improved to complement the race car look of the RXR. IMSA equipped it with a roll cage, carbon fiber sports seats and safety harnesses.

No details were revealed by IMSA about the zero to 100 km/h acceleration of the RXR, but it is expected to be a bit quicker than the GT R because of its lighter body and increased power. There’s no information about the top speed of the car as well.

There was no mention about the pricing of the IMSA RXR package. Those who wish to get a quotation for the product should contact the specialist directly.