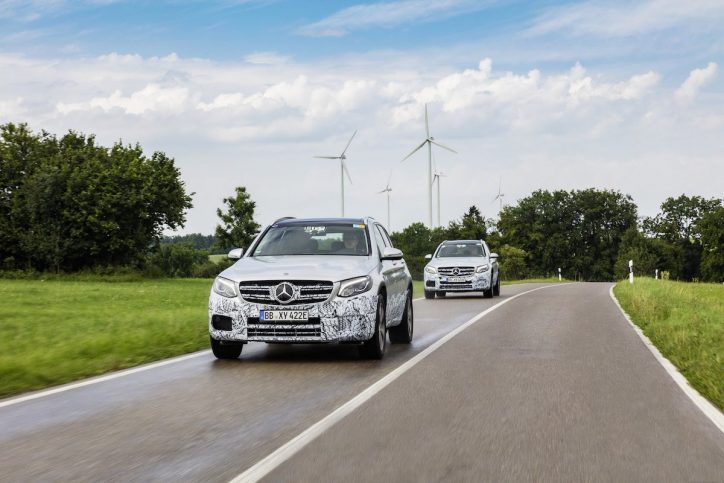 We already have the new Mercedes-Benz S-Class Coupe and Cabriolet, Mercedes-AMG Project One, as well as the Mercedes-Benz Concept EQ A, to name a few, lined up for Frankfurt Motor Show this month. As if that’s not enough to blow our minds yet, it was revealed that a hydrogen-powered Mercedes-Benz GLC will also grace the event.

A camouflaged prototype of the GLC was recently spotted while undergoing testing. According to Business Insider, the SUV is likely powered by hydrogen.

In 2016, Mercedes dropped a hint about the development of a GLC F-Cell. During that period, the company stated that the SUV will get a fuel-cell stack and electric battery. The F-Cell will be developed through a joint venture with Ford. The unit is expected to push the range of the auto up to 270 miles. The battery will have a 9 kWh capacity and it is projected to add a 30-mile range for the vehicle. The combined range of the F-Cell and the battery should be around 310 miles.

The report noted that the F-Cell boasts a longer range and faster refill times compared to plug-in cars. While the setup is more enticing than the one offered by electric vehicles, the infrastructure to support hydrogen cars is lacking.

The post claimed that data from the US Department of Energy said there are only 39 hydrogen stations in the country. About 35 of them can be found in California. On the other hand, the country already has 16,237 electric charging stations.