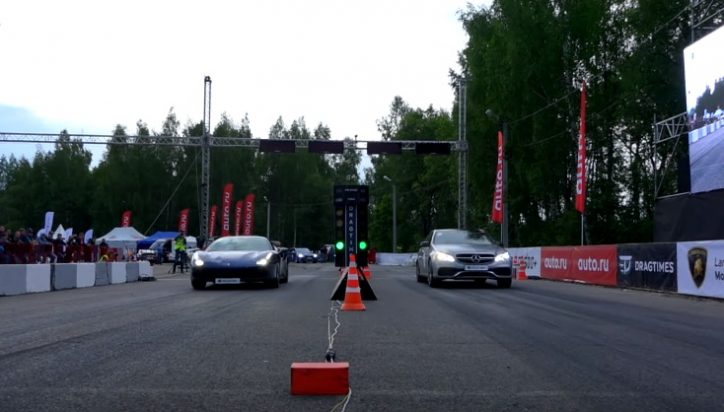 Currently, Ferrari and Mercedes are in the frontline of the Formula One rankings. The rivalry of the two this season makes the sport more exciting than in the past three years of Mercedes dominance.

So, we have seen their F1 cars race a lot, but what about their production cars for regular customers? In the video you are about to see here, the Mercedes-Benz E63 AMG W212 went against the Ferrari 488 GTB in a half-mile drag race.

According to the description of the video in YouTube by DragtimesInfo, the Mercedes-Benz E63 AMG S had a Stage 2 tuning from GAD Motors, giving it a total of 750 hp output. On the other hand, the Ferrari 488 GTB had 670 hp output in its power unit. There was no mention whether or not there were modifications made in the Ferrari car, so it was likely running on its stock configuration.