10 Fun Facts About the Mercedes-Benz GLC 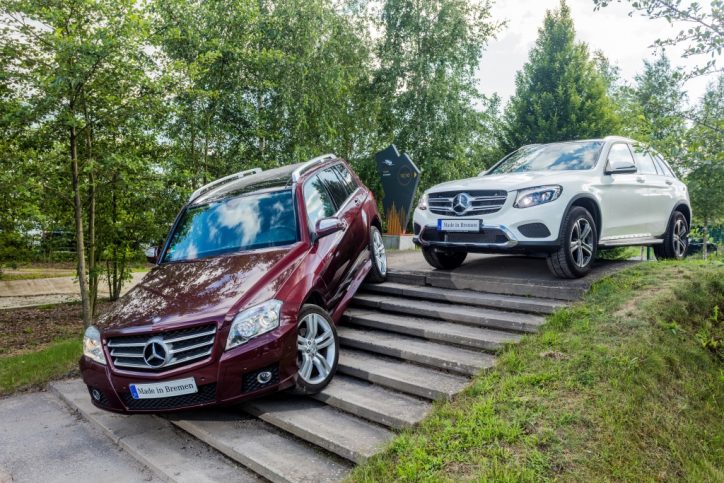 The Mercedes-Benz GLC as well as its predecessor, the GLK, have achieved a major milestone. As of now, the range has already sold one million units worldwide.

In celebration of the event, Daimler released some cool facts about the vehicle:

“G” refers to the Gelandewagen or G-Class, which is the father of all Mercedes SUVs while “L” means “luxury” and the “C” points to the relationship of the auto with the C-Class range.

The GLC is the most in demand SUV of Mercedes—recording the highest sales in the SUV variant of its maker. The first half of 2017 also has the highest sales of the GLC compared to the other half-year data of the company.

Around one out of two GLC units produced is sold to a customer in China, making the country the highest buyer of the SUV compared to the other major markets of Mercedes, namely the USA, Great Britain, France and Germany.

The GLK was first rolled out from the Bremen plant of Mercedes in 2008. Then in 2011, BBAC started producing the GLC in Beijing. Going to 2015, the Bremen plant began the production of the SUV too. This year, Valmet Automotive helps in the assembly of the vehicle in Uusikaupunki, Finland as well to answer to the overwhelming demand for the GLC.

5. Built with the C-Class

The standard GLC and its Coupe version are assembled in the same line as the C-Class Saloon and Estate models. After all, the GLC belongs in the family of the C-Class.

The company claims that no two GLCs are alike because the SUV offers various equipment and optional features. The GLC has a dozen of color combinations to choose from and no less than nine differing engines are available.

7. First Time in the Market to Offer Plug-In Hybrid with All-Wheel Drive

Mercedes boasts that the GLC 350e is the first to offer such feature.

8. Customers Feel Safe in It

In Germany, 85% of the brand’s customers identify “safe” as the top characteristic of the SUV.

China, the major market for the GLC, shows that two out of three buyers are under the age of 40.

The GLC is a popular choice for women, especially in the U.S. Almost half of all the drivers of SUV there are female.