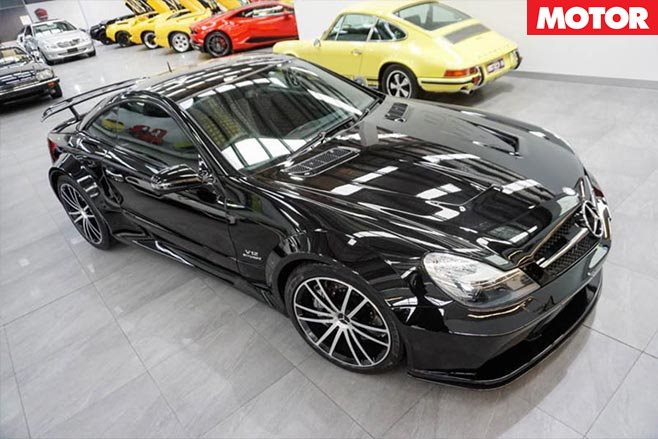 If you’re itching to burn cash for a 2009 Mercedes-Benz SL65 AMG Black Series, you’re in luck. At least two Melbourne luxury car dealers are selling each one of the rarest Mercedes-Benz models.

According to the dealers, these two cars are in top condition, though the one from Duttons appears to be the one you should pick if you’re a collector. It’s more prestigious because of the fact that this AMG car only traveled 900 kilometers during its eight-year lifespan. From being a new car, it only passed by the hands of two owners.

Since there are only seven of these Black Series in Australia and New Zealand, it’s really a car collector’s dream to have two options for one of the most opulent and rarest cars Mercedes-Benz ever created.

Mercedes claims that the engine could have reached 1,200Nm without the limiter, and that’s plenty enough for a car that weighs 1,870kg. That’s 250kg lighter than the non-Black series, the SL65 AMG.

The cars were originally bought for $400,000 in Australia, but the price tags are way higher now. The one by Lorbek is being sold for $547,980 while the one from Duttons is advertised as “POA” or price on asking.