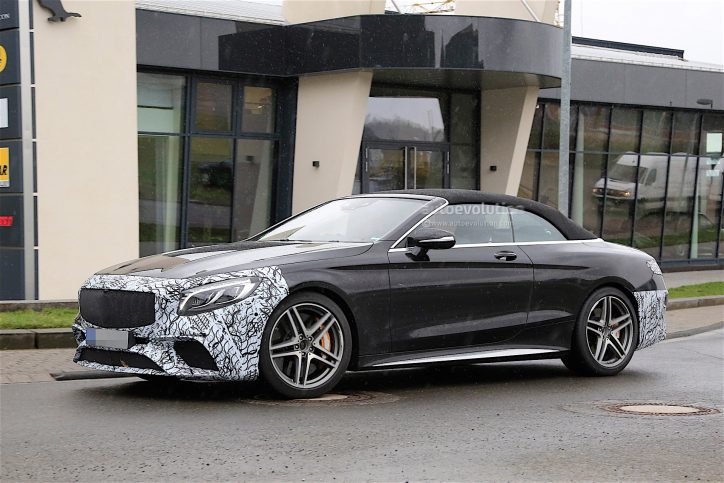 The new Mercedes-Benz S-Class sedan and two-door S-Class models have been updated for the 2018 model year, and they will be formally introduced in September during the 2017 Frankfurt Auto Show, Mercedes confirmed.

In a nutshell, there will be some visual changes to the exterior and the interior cabin, as well as a revised powertrain lineup that will give the cars a pull beyond any other of its competition. There are no overflowing details for the S-Class Coupe and Cabrio, but we have seen prototypes of the standard S-Class Cabriolet, S63 Coupe, and S63 Cabriolet from Mercedes-AMG.

What we do know for now is that there are very specific external tweaks for the new S-Class. There are new internals for the lights, revised bumpers, and a revised dash with a single pane of glass that encloses the two 12.3-inch screens. The screen will serve as the instrument cluster and infotainment hub.

The AMG version of the S-Class will also feature the multi-slatted Panamericana grille that was first seen on the 2018 Mercedes-AMG GT R sports car. We can expect the same grille on the rest of the Mercedes-AMG lineup.

Expect to see the 2018 Mercedes S-Class at the Frankfurt Auto Show on September 12.