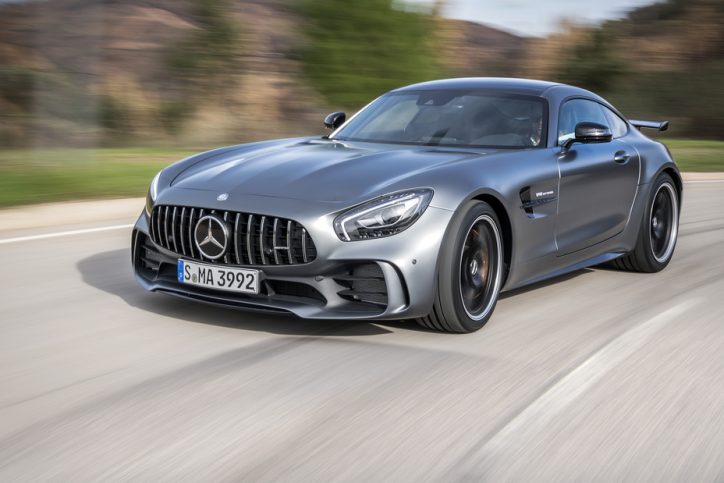 The Mercedes-AMG GT R, also known as the “Beast of Green Hell”.

The pricing of the Mercedes-AMG GT R was officially released recently. Its maker confirmed that the sports car will cost buyers $157,000.

According to MBUSA, the Mercedes-AMG GT R will be arriving in its United States of America dealerships in summer. In addition to the base pricing of the vehicle is $995 for the destination plus delivery charges.

As a recap, the AMG GT R is based on the earlier winning motorsport formula of Mercedes. The vehicle has undergone extensive testing during its development in the most demanding race track of the world, which is the Nürburgring Nordschleife.

The AMG GT R is equipped with a 4.0-liter biturbo V8 engine with an output of 577 hp and 516 lb-ft of torque. All that power is distributed to the rear wheels via an AMG SPEEDSHIFT DCT 7-speed transmission gearbox. Overall, the car weighs 3,428 lbs.

All that allows the AMG GT R to accelerate from zero to 60 mph in just 3.5 seconds. On the other hand, it has an electronically-limited top speed of 198 mph.

The high-performance configuration of the AMG GT R certainly befits its moniker as the “Beast of Green Hell.”