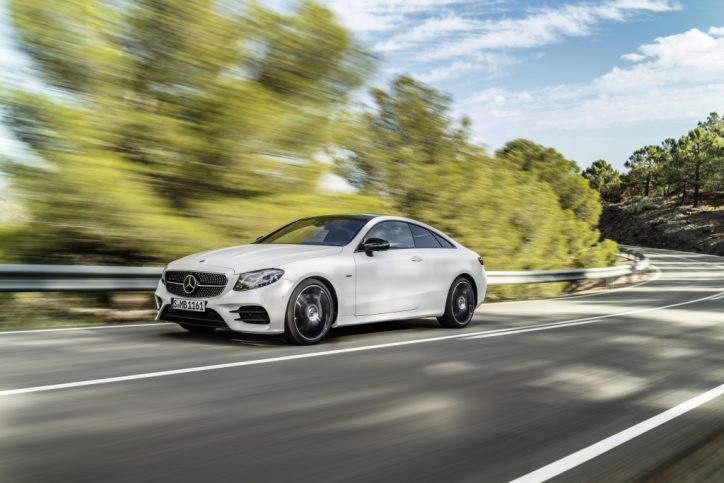 Deliveries of the Mercedes-Benz E-Class Coupe will start in March 2017.

Not long after the official unveiling of the Mercedes-Benz E-Class Coupe, its maker confirmed on December 19, 2016 through a press release in its Global Media Site in Stuttgart that the car is already available for order. Deliveries of the units to customers will commence in March 2017.

The company also disclosed the pricing of the new coupe. According to the luxury vehicle brand, the E-Class Coupe’s pricing will begin at €41,220. The amount already includes VAT.

As reported earlier, there will be a total of four drivetrains available for the E-Class Coupe in its release. The car will be offered in E 220 d, E 200, E 300 and E 400 4MATIC models. Of course, AMG versions of the auto will follow on a much later period.

The three models of the E-Class Coupe will come with the new diesel-fed and petrol-powered inline-four engines of Mercedes. However, the E 400 4MATIC will still retain the brand’s V6 power unit.

For people looking for a more environment-friendly alternative, the E 220 d is an interesting choice. Despite its decent 194 hp output, the NEDC combined fuel consumption of the vehicle is only four liters per 100 km while its carbon dioxide emission is 106 grams per kilometer.