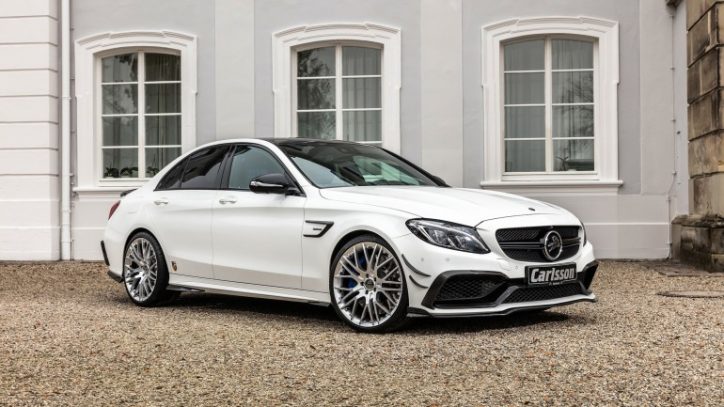 The new tuning package offered by Carlsson for the Mercedes-AMG C 63 S does not only give the car a new look, it also boosts its performance. The product is called the “CC 63 S”.

Outside, the AMG C 63 S is given a more aggressive look. The front is treated to a carbon fiber lip spoiler integrated into the bumper. It also has custom canards and air vents.

All the mentioned elements are paired to a new set of black or chrome wheels, making the AMG C63 S more menacing on the road.

There was no mention about upgrades inside the C 63 S from the Carlsson package, which suggest that the styling enhancements are only limited outside. But then again, there are already a lot of interior design choices offered by AMG into its cars.

The numbers allow the car to achieve a sprint of zero to 100 km/h in just 3.8 seconds. With that, it becomes as quick as the Mercedes-AMG GT S. The top speed of the vehicle is still electronically-limited to 250 km/h though. Owners who are interested to push the max speed cap of the auto to around 300 km/h should avail of the optional AMG Driver’s Package.