SEND US A TIP
A-Class, Featured
0

5 Rumors About the Mercedes-Benz A-Class Sedan 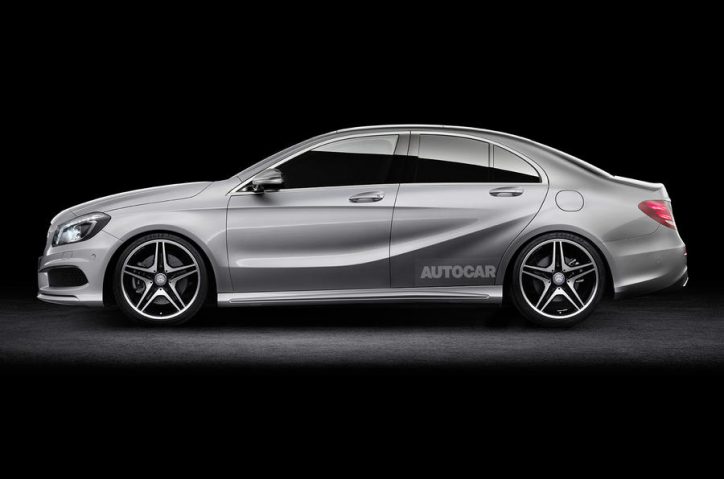 Rendering of the Mercedes-Benz A-Class Sedan from Autocar.

Rumors have been circulating that Mercedes-Benz is making a sedan version of the A-Class. So far, there is no official confirmation yet from the company about the Mercedes-Benz A-Class sedan.

However, we have rounded up rumors about the car from several reliable sources like Autocar. Here are five things we learned about the upcoming sedan:

The A-Class sedan will get the MFA platform of Mercedes. It will sit between the CLA and the C-Class of the brand. Expect the car to carry most of the exterior and interior features found on its hatchback counterpart. The upcoming sedan based from the A-Class will have interior space similar to the C-Class sedan.

The A-Class sedan will likely reflect the engine specs of its hatchback sibling. There is a huge possibility that it will get a diesel, hybrid and plug-in variants in addition to its petrol-powered model. The A45 version of the auto might get the new 2.0-liter four-cylinder engine of AMG with an output of around 400 hp.

So far, there are no predictions about the pricing of the A-Class sedan, but it should start somewhere between the cost of the CLA and C-Class.

Reports said that the A-Class sedan will be introduced after the world premiere of the fourth-generation A-Class hatchback. The base model of the A-Class sedan is estimated to arrive in showrooms by the end of 2018.

The A-Class sedan is poised to hit North America, China, and other major global markets of Mercedes within the timeframe mentioned above.