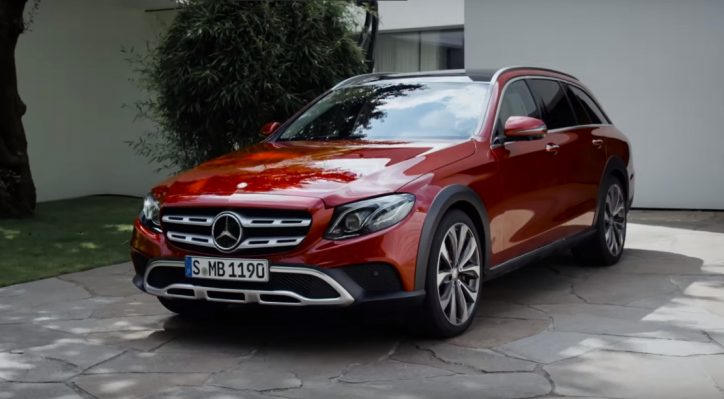 If you’ve ever had a problem with unpaved tracks, rock climbing, steep serpentine roads, and snow-bound ski lodge, then the Mercedes-Benz E-Class All-Terrain is certainly for you. While some conventional estates have to give up effortlessly, the E-Class All-Terrain does all the work thanks to greater clearance with large wheels and 4MATIC all-wheel drive as standard features.

As for the looks, it has a striking look because of the powerful flared wheel arches and SUV radiator grille. These styling elements contribute to giving the E-Class All-Terrain a powerful and robust appearance, which distinguishes it from the classic estate.

It’s expected to celebrate its world premiere at the Paris Motor Show 2016 while a market launch will follow suit in the spring of 2017. But for now, Merc released its 1:19 trailer that showed the All-Terrain being used in all kinds of environment.

Ola Källenius, Member of the Daimler management board responsible for Sales and Marketing of Mercedes Benz Cars, said that no E-Class has ever been as versatile as the All-Terrain. It combined the looks of the SUV and the intelligent space concept of the estate, as well as stunning innovative safety features and an elegant interior.

Mercedes-Benz has yet to release pricing details for the E-Class All-Terrain.