Mercedes-Benz Pickup Truck Will Be Unveiled in 2017 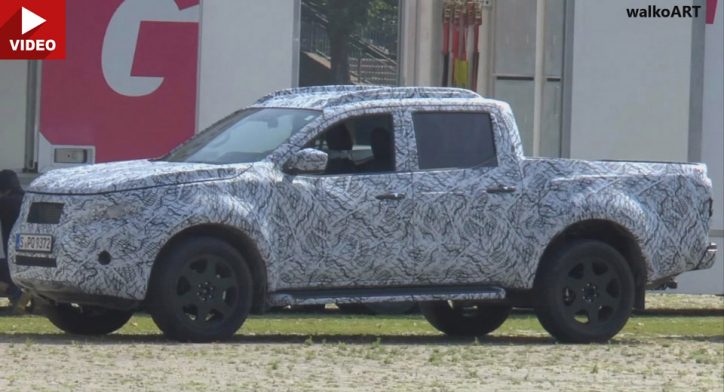 A spy shot of the 2018 Mercedes-Benz GLT pickup truck.

As reported earlier, the 2018 Mercedes-Benz GLT will be based on the platform used by the latest Nissan NP300 Navara. Based on what Diane Tarr, Mercedes-Benz Vans managing director in Australia, hinted last year, the GLT will carry a more premium feel, technology and performance patterned after the standards of Mercedes. Then it will have a five-seat capacity.

According to Carscoops, the GLT will come as a double cab in Europe, Latin America, South Africa and Australia. There is no official confirmation yet if it will be offered in North America but Tarr said that it is also aimed at that market.

The report claimed that the Mercedes-Benz pickup truck will probably be equipped with four and six-cylinder engines. The power units of the model will be available in petrol and diesel variants.

Tarr suggested that the diesel unit might be a V6. It will possibly have an output of 190 kW with 620 Nm of torque. The other drivetrains will carry over the available engine options found in the passenger cars of Mercedes based on Tarr’s interview.

Check out the spy video of the prototype model of the 2018 Mercedes-Benz GLT below, which was shared through YouTube by walkoART: