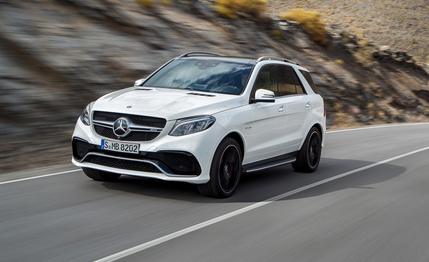 The 2016 Mercedes-Benz GLE just got the Top Safety Pick+ award from the Insurance Institute for Highway Safety. The distinction is another proof that the midsize luxury crossover is not just about looks and performance, but it is also very safe to drive.

According to Edmunds, the Institute revealed that the installation of the standard safety system of the GLE alone allowed it to avoid collision in the 12 mph track test. The agency stated that the SUV was able to reduce its speed by 12 mph when it was running under the 25 mph test.

Putting the optional PreSafe Brake system made the GLE reduce speed by an average of 24 mph in the 25 mph test. The other crash tests conducted by Institute all earned the SUV “good” ratings.

The GLE has “Attention Assist” as well. The feature alerts the driver when any sign of drowsiness on his part is detected. It corrects driving errors too as a result of sleepiness.

Currently, the GLE is not yet rated by the National Highway Traffic and Safety Administration.

The GLE is Mercedes’ answer to the likes of the BMW X6, Porsche Cayenne and Land Rover Range Rover Sport.