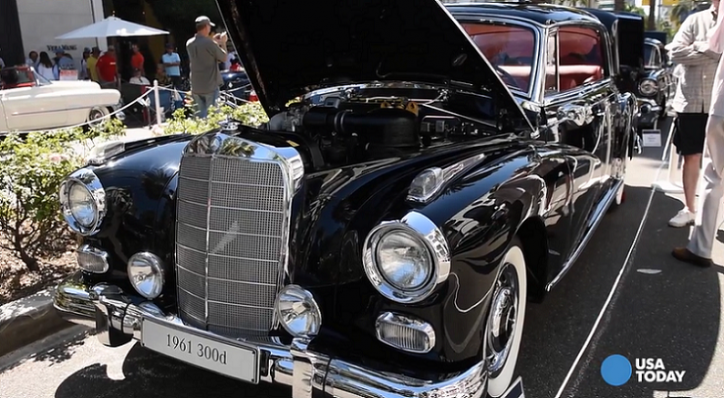 The 1961 Mercedes-Benz 300d limousine is definitely a head-turner. It has that classic and elegant appeal that makes you wish you had one or at least get to ride one, if you are a true car enthusiast.

When the car came out in 1961, it retailed around $11,000. During that time, it was worth more than a Rolls-Royce. The Mercedes-Benz 300d limo pictured above was bought at that price by an unnamed U.S. Army captain stationed in Germany 55 years ago.

Barry Sohnen purchased the Mercedes-Benz 300d 38 years ago. He only shelled out $1,500 for the auto. The owner stated that the car is his oldest possession to date. However, he noted that he spent a lot on the restoration of the car.

According to USA Today, the whole restoration process took four years to complete. But looking at the car now, it definitely paid off as the auto is back in its pristine condition. It might even fetch a good appraisal at present from car collectors.

Despite the model name of the car carrying the 300d designation, the report said it carries a gasoline-powered engine, not a diesel.

Sohnen takes a ride in his Mercedes-Benz 300d at least once in every six weeks. The car recently appeared in this year’s Rodeo Drive Concours d’Elegance. He remarked that even though the car is big, it’s engine is quiet and it remains reliable to this day.

Watch the video below showcasing the 1961 Mercedes-Benz 300d limousine: