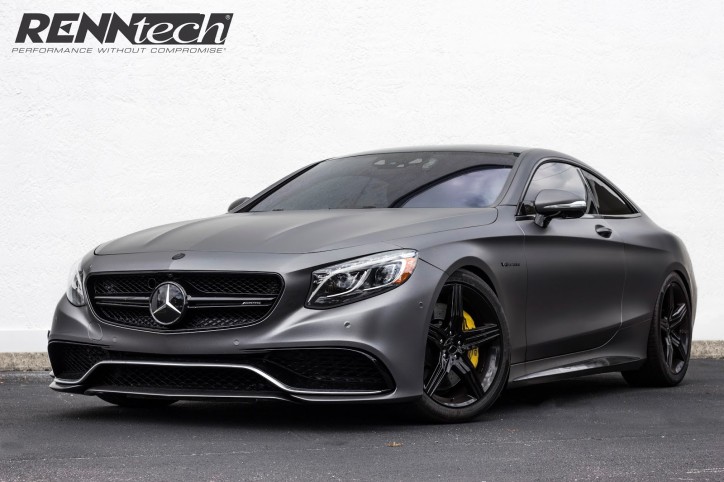 Tuning experts at RENNtech recently revealed their work involving the Mercedes-AMG S 63 Coupe. The company added more horsepower and torque to the powerful engine of the car.

The S 63 Coupe already possesses a high output from its gasoline-powered 5.4-liter biturbo V8 engine. The output of the high-performance auto can reach up to 577 hp with 900 Nm of torque distributed through an AMG SPEEDSHIFT MCT 7 Speed gearbox. The figures allow the car to accelerate from zero to 100 km/h in just 3.9 seconds while its top speed can reach up to 249 km/h.

With the tuning package of RENNtech, the output of the S 63 Coupe was raised to 708 hp with 1,137 Nm of torque. A source noted though that the numbers are at the crank. Then the figures are estimated after a dyno testing. Therefore, the actual acceleration of the car from zero to 100 km/h as well its maximum speed were not yet determined.

However, the RENNtech claimed in a related report that the S 63 Coupe with its tuning kit can sprint from zero to 60 mph in only 3.4 seconds. There was no mention whether the speed limiter of the car had been taken out.

The boost was achieved through an ECU upgrade. In addition, the tuner installed new downpipes and sports muffler to the high-performance S-Class.

Except the obvious new bootlid spoiler, the S 63 Coupe didn’t get any other exterior updates from the tuner. Everything, including the wheels, remains stock.

Check out the images of the RENNtech-tuned Mercedes-AMG S63 Coupe in the gallery below: