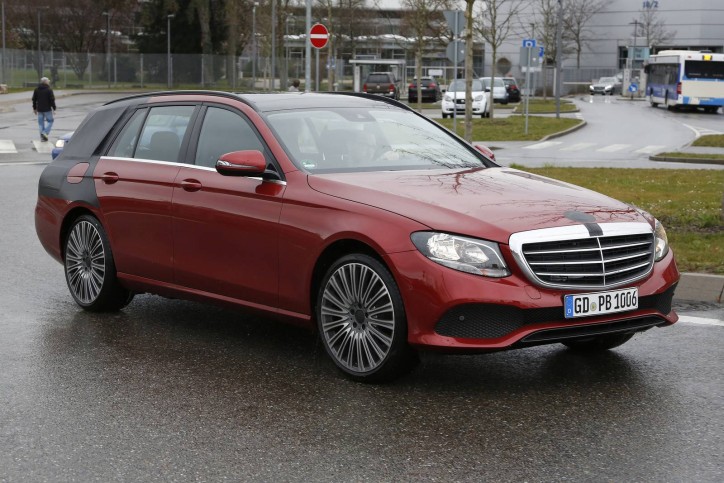 According to the source, the car might come as a 2018 model. However, it added that it will be probably launched later this year. So, if that’s the case, it will most likely carry a 2017 year model instead.

As seen in the photos, the spied E-Class Estate only had its rear and logo in the center front grille hidden. The black wraps cover much of the stuff starting from the C-pillar going to the rear hatch, taillights and bumper. The area with the camo means that it is where the major changes will happen.

The new Mercedes-Benz E-Class Estate basically carries over most of the features found on its sedan counterpart—except the rear design of course. The interior elements like the leather, dashboard, controls, lighting, steering wheel, foot pedals, infotainment system, screen display, and seats will be retained, but the estate will have more space in its luggage area.

As for the engine options, the E-Class Estate will offer the same power units available in the E-Class sedan. With that said, the standard model will have a 2.0-liter turbocharged inline-four engine. After that, a plug-in hybrid variant will be made, and it will be followed by the range-topping Mercedes-AMG models.

Check out the spy shots of the upcoming Mercedes-Benz E-Class Estate in the gallery below: