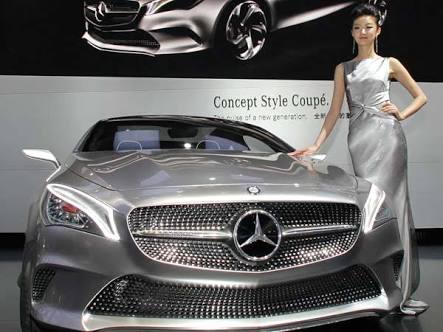 Mercedes-Benz is not worried about China. That’s what Matt Rivers of CNN thinks because the sales of the three-pointed star brand in the country continued to soar despite its cooling economy.

According to the source, China became the largest single market of Mercedes when its sales there rose to 40% last year. The momentum of the luxury automaker in the giant Asian nation continued in the first quarter of the year when its sales went up by 24%.

Hubertus Troska, member of the board of Daimler and in charge of Mercedes business in China, stated they have put a lot of effort in their research and development in order to come up with the right design and products in the region. So far, it is paying off.

The article also revealed that the biggest manufacturing plant of Mercedes belongs in the Chinese capital, Beijing. Four models of the brand’s passenger cars, including compact SUVs and sedans, are made there. Troska said too that they will start the local production of the E-Class in China to get it ready in the Chinese market late this year.

Troska doesn’t expect to experience the same level of dramatic growth in China this year. However, he remains optimistic. He projected a moderate growth in the country in the near future.

Trends show a growing preference of Chinese buyers with SUVs. Global information company IHS forecasted that the sales of premium SUVs in China will spike up to 10.6% to 900,000 units this 2016. The numbers might reach 1.3 million by the end of the decade.

With the introduction of the Mercedes-Benz GLC in China late last year plus the incoming SUV models of the brand this year, the three-pointed star brand is predicted to continue its strong performance in the country.