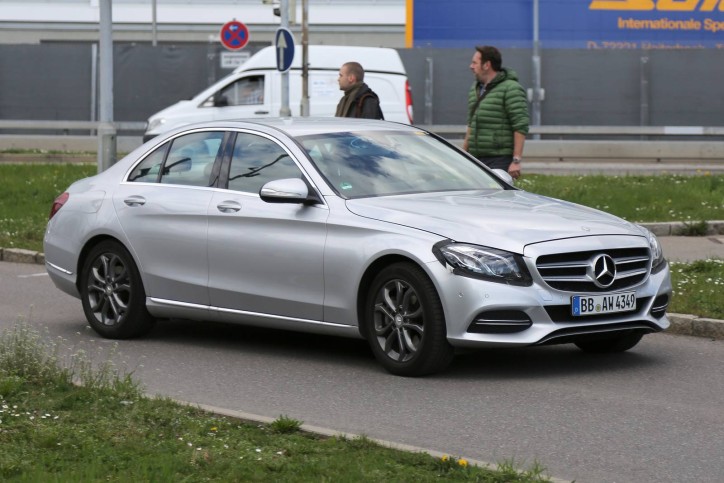 Spy photos a new Mercedes-Benz C-Class recently surfaced. The GTSpirit website claims that it is the facelifted version of the existing model.

According to the source, the facelifted C-Class is due for next year. If that’s the case, it will most likely be introduced as a 2018 model.

Noticeable in the images provided by the report is that the subject nearly has no camouflage. There are just black tapes surrounding the headlamps of the auto. Thus, the photos give us a clear picture of the changes in the car’s exterior.

Among the new elements observed in the pictures are the headlights and the taillights of the C-Class. The headlamps appear to be redesigned and will most probably integrate the advanced Multibeam LED headlamps found on the new Mercedes-Benz E-Class. The other styling changes are found in the front and rear bumpers.

Since the spy photos just surfaced, information about the facelifted Mercedes C-Class is still scarce. However, the source speculates that the interior of the upcoming version will carry some of the styling elements of the new E-Class and the existing S-Class.

As for the engine trims, the standard 2018 C-Class will possibly get the same options offered in the present model of the car. On the other hand, the V8 power units of the range-topping models namely the C63 and C63 S will respectively have 469 hp and 503 hp.

Check out the spy pictures of the upcoming facelifted C-Class in the gallery below: