SEND US A TIP
CLA, Videos
0 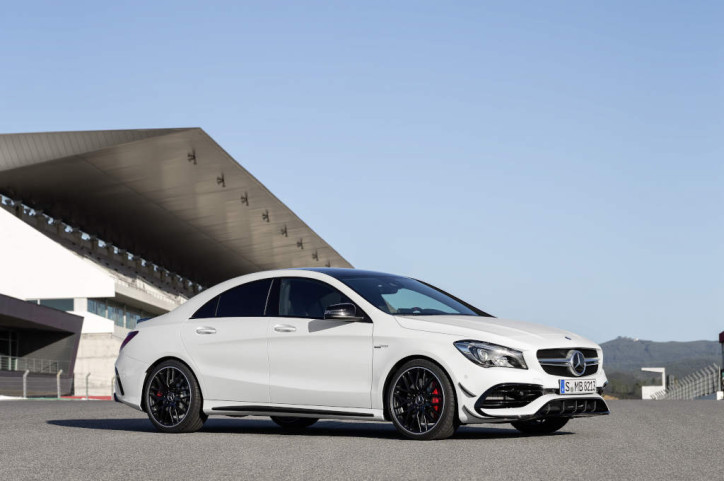 As we have reported earlier the Mercedes-Benz CLA Coupe and its Shooting Brake version each get subtle revisions in their appearances. To build up more hype for the cars before their official launching, their maker just released a promotional video through its YouTube channel.

The video starts with the Mercedes-AMG CLA 45 4MATIC displaying the amazing work that the performance division of Daimler had done for it like its new bumpers, grille, lights, side skirts, lip spoiler, air intakes, boot lid spoiler, diffuser, tailpipes, wheels and badges. It gives viewers a glimpse of its piano black upholstery, sports seats, chrome accents and controls within the auto’s interior too.

Then as soon as the lights turn to green, we all lay witness to what its 2.0-liter turbo engine with 360 hp and 450 Nm of torque is capable of. With its acceleration time from zero to 100 km/h in just 4.6 seconds and top speed of 250 km/h (electronically-limited), it is definitely quick.