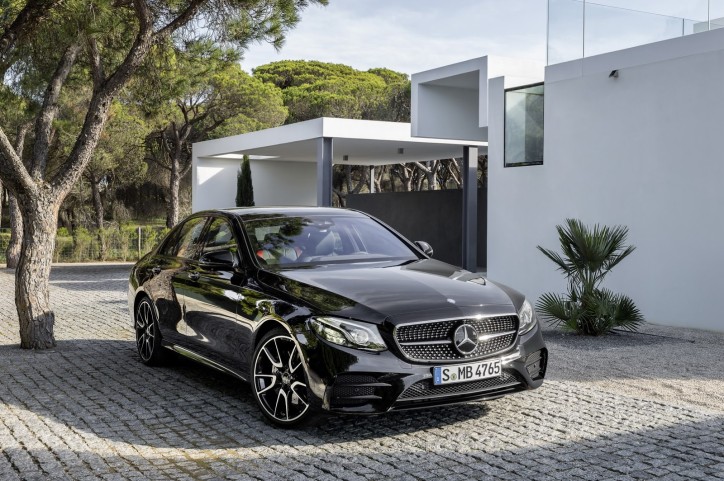 As if the Mercedes Benz E-Class isn’t already a “complete car” in our estimation, now AMG has gotten their hands on the new E-Class to add more power, efficiency and better suspension.

The fusion, now called the E43, is only a semi-skimmed variant of the AMG since the full-fat E63 has yet to come. So instead of an outrageous twin-turbo V8 under the hood, the 43 made use of the 3.0-liter twin-turbo V6 (not a 4.3-liter, mind you).

The boost in power is really just subtle in AMG terms with the six-pot making the 401 bhp requirement, just 34 bhp more than the E400. But the new and bigger turbos provide 384 lb-ft of torque from just 2500 rpm.

The power and torque are divided among all four wheels (a front-to-rear ratio of 31:69) and sent through Merc’s nine-speed auto ‘box to see 0-62 mph off in 4.6 seconds.

But there’s more aside from the use of AMG and six cylinders. This is not the first time these two powerful elements were used in the same sentence. The first one was when 2002’s C32 made use of a supercharged 3.2-liter V6. The new SLC 43, on the other hand, is the first modern Merc to put this engine in an AMG product.

Still, many would say the move is far from the traditional use of a V8. But the makers argued it’s all for efficiency and the E43 shows that with 189 g/km of CO2 and 34 mpg.

When it comes to styling, the E43 was quite subtle in changes. The biggest difference is the new 19-inch black AMG five-spoke wheels painted in high-gloss black but otherwise, you can only enjoy the new gobbier grille and bumper arrangement with the AMG pin badge at the front, as well as different exhausts and a small diffuser at the rear.

For the interiors, the E43 is very similar to AMG products. There are red stitching lines on the cabin, seats and instrument binnacles with the optional 12.3-inch flat screens.

The main TFT instrument cluster for the AMG has been reconfigured with a new race timer and chequered-flag design.

The E43 has Merc’s air suspension with “added agility, more neutral cornering behaviour and higher traction even when driving at speed.”

Pricing has yet to be released, though UK will start delivering them next year. But if you want a really fast E-Class, an upcoming E63 will have a turbocharged V8 producing in excess of 600 bhp fed through Merc’s 4Matic four-wheel-drive system.