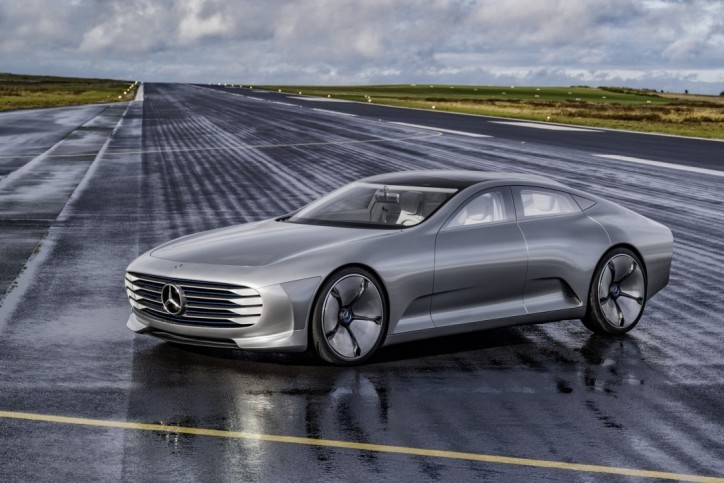 The Concept IAA is believed to be one of the recipients of Mercedes’ new electric vehicle platform.

With Tesla Motors’ major success in the production of electric sedans, many other automakers are following its footsteps now. Audi, BMW and Mercedes-Benz are certainly not backing out from the challenge posted by the American electric car maker.

According to the British publication CAR, Mercedes-Benz is preparing four products that it will pit head-to-head against the Tesla sedans. The earliest arrival of the three-pointed star brand’s Tesla fighter will be in 2018.

The said autos of Mercedes will be carrying a dedicated platform for electric vehicles. Based on the source, it will be called EVA, which means Electric Vehicle Architecture. The platform will be used in creating four electric models consisting of sedans and SUVs.

The report claimed the first that will be created out of the EVA platform will be a saloon. It will sit between the C-Class and the E-Class models. It will be followed by a crossover somewhere along the GLC and GLE line. From the EVA Phase II will be a saloon a little larger than the size of the S-Class and another SUV bigger than the GLS.

The article revealed that the battery pack will weigh around 400 kg. It will be fed by one or two electric motors depending on the specs of the model carrying it.

It should be noted that Mercedes-Benz already unveiled a revolutionary concept car called the Concept IAA. It is strongly believed by many auto experts that the car will be one of the models that will benefit from the EVA platform.