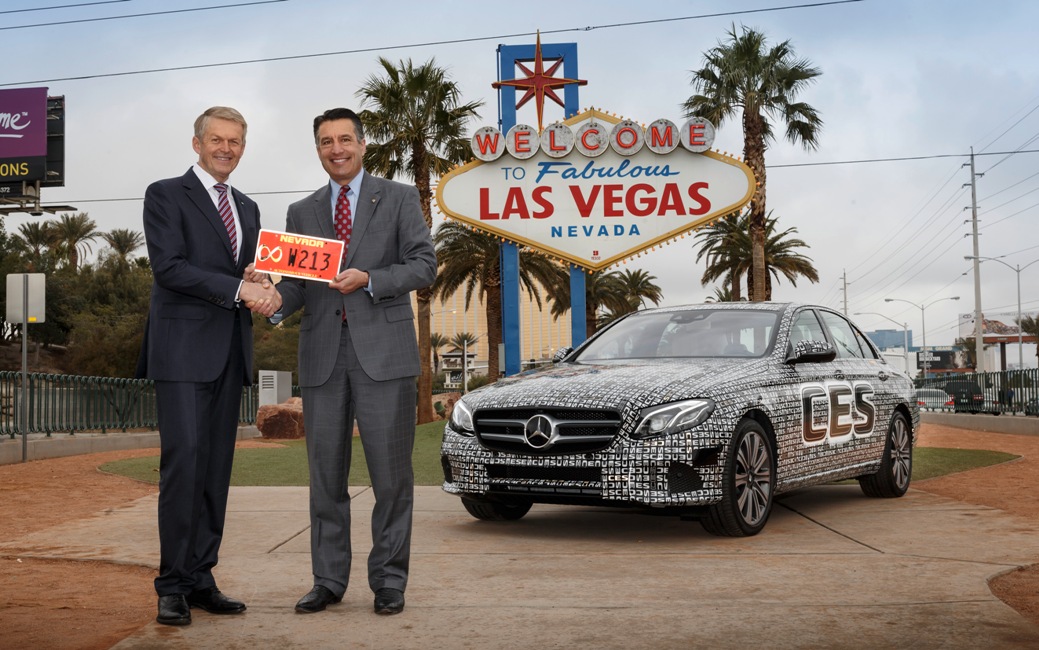 Nevada lawmakers granted the Mercedes-Benz E-Class a test license for autonomous driving on public roads under normal traffic conditions, as shown on a report from autoevolution.com.

The license essentially makes the E-Class as the first standard-production vehicle to run tests in the Nevada. However, it will be necessary to equip autonomous vehicles with specialized software and hardware, including specially-designed sensors, an adapted ESP and modified steering wheel, to allow them to be tested. The new E-Class may not need any of these add-ons since it already features intelligent technology and the only thing engineers need to do is to adjust the software used on the DRIVE PILOT control unit.

Board of Management Member for the Group Research & Mercedes-Benz Cars Development, Prof. Thomas Weber, said the company is one step ahead in autonomous driving after it became the first vehicle manufacturer in the world received the license. As a result, the new Mercedes-Benz E-Class can be considered as a big step forward into a fully automated vehicle.

Mercedes-Benz can have three standard-production vehicles to drive themselves along the highways and interstates in Nevada. Specially-trained drivers will perform the test drives of the Mercedes-Benz E-Class along public roads since the human factor is necessary for merging, departing and turning.

However, the Mercedes-Benz E-Class is not the first autonomous vehicles of the company since already has two self-driving trucks that have been on the road since May 2015.

The rules of the Nevada Department of Motor Vehicles or NDMV indicate that the vehicle should have at least two passengers with one passenger being the driver while it is in autonomous mode. Red plates are used to identify the test vehicles since these are meant for driverless vehicles.

Governor Brian Sandoval said Nevada takes pride at being the location where an international automotive leader, such as Daimler, is able to explore and look into the potential offered by its advanced autonomous vehicle.

A number of significant steps were taken by the Silver State for driverless vehicles since 2011 when the first regulations for autonomous driving were passed by legislators. Governor Sandoval added that working with innovative, viable and imaginative endeavors, Nevada figures prominently in emerging innovative technologies.

Kia was also given permission by Nevada to test its own autonomous vehicles on its public roads while Faraday Future received $335 million in tax credits and other stimuli from the state. These were given to increase the appeal of a suburb in Las Vegas to investors. The China-based company is planning to build a billion dollar company in the state.

Around a year ago, Tesla was given $1.3 billion by Nevada legislators to build a battery manufacturing factory close to Reno.

The fact that the landscape, road network and traffic volume of the state reflects the road conditions across the United States is one reason why the state is preferred by auto manufacturers for testing autonomous vehicles, like the Mercedes-Benz E-Class of Daimler.