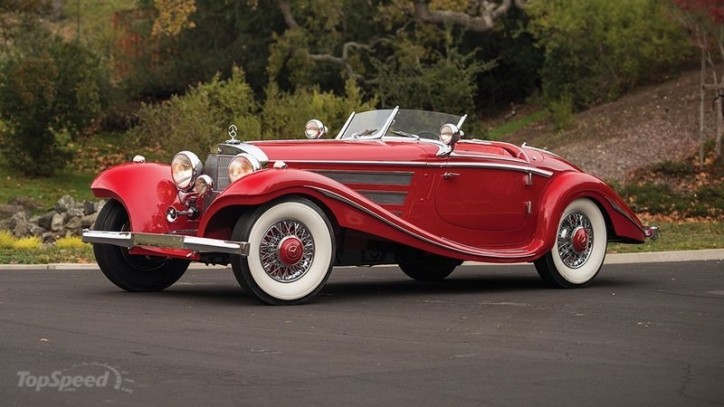 The 1937 Mercedes-Benz 540K Special Roadster, which was put on sale by RM Auctions Sotheby’s a few days ago, was finally sold. The pre-war car with only 10,277 miles in its odometer fetched a whopping $9.9 million price tag last Friday.

The cost of the classic car beat the previous record set in Arizona. The said record was held by the same seller for a 1964 Ferrari 250 LM worth $9.6 million, based on WZZM13. Despite the expensive tag, the 1937 Mercedes failed to reach its expected price of $10 million to $13 million.

The source also noted that the most expensive car sold at a public auction to date was a 1962 Ferrari GTO amounting to $34.65 million, excluding a buyer’s premium, at Bonhams Quail Auction in California on August 14, 2014.

According to TopSpeed, the Mercedes-Benz 540K Special Roadster was worth $10,000 during its introduction. That was a lot during its era, and it was considered as one of the most expensive cars of the world in the period.

The 540K model name was derived from its 5.4-liter inline-eight engine while the “K” stood for “kompressor”. The engine of the car allowed it to produce two power ratings. The first is 115 hp during normal driving conditions. When the supercharger is activated, it can go up to 180 hp. Matched with the light weight available for the Special Roadster version of the auto, it is definitely quick on the road.

Check out the magnificent pictures of the 1937 Mercedes-Benz 540K Special Roadster sold by RM Auctions in the gallery below: