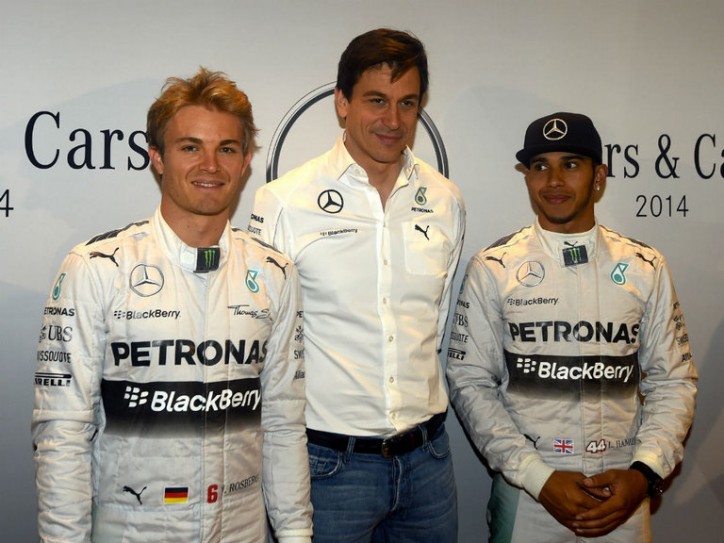 In the recent interview of Mercedes-AMG Petronas boss Toto Wolff, he admitted that his team’s continuous dominance in Formula One might hurt the sport in the long run. Therefore, he is considering giving Lewis Hamilton and Nico Rosberg more freedom in the races.

According to Crash.net, citing a report from the Daily Mail newspaper, he said the ongoing dominance of Mercedes in F1 would diminish the interest of the fans as it would lose the sport’s element of unpredictability. He even made Star Wars references in illustrating the resulting scenario.

Quoting his interview features in the source, the motorsport director of Mercedes stated, “Our dominance is bad for F1. It becomes predictable how the result is going to be. The sport needs multiple winners. It needs the odd freak result. It needs the underdog to win. The moment you become a dominant force, you suffer and your brand suffers. You become the dark side of the force.”

Then Wolff added, “It happened to Red Bull. They joined the sport. They were the Jedis. They jumped in the pool when they finished third in Monaco. They had the Formula Unas, the girls around the paddock. They had the Red Bulletin. They were controversial. They had a superb brand. But after winning the world title four times in a row, they developed into an unsympathetic brand. Nobody wants the establishment. If you start to behave like the establishment, you are finished and people will have animosity against you.”

Despite Wolff’s views, one should not mistake it as allowing their opponents cruise down for the win easily. As the one holding the helm of Mercedes in F1, winning the Constructors’ Championship is still the most important thing for him as well as bagging the Drivers’ Championship for one of his drivers for the sake of elevating their brand.

However, his plan of letting Hamilton and Rosberg fight it out for themselves will definitely come as a big treat for everyone. Hopefully, that would also give other competitors a window of opportunity to shine more.

Lastly, Wolff understands that winning is about embracing the team spirit, but it comes with an equal need to screw the other guy too.

“But the great ones understand that they need a team to make them world champions. The ones who have never made it have never understood that. It is a very difficult exercise for the two boys in the car. They need to embrace the team spirit but, equally, they need to screw the other guy,” Wolff pointed out.