Who Will Be the Next Daimler CEO? 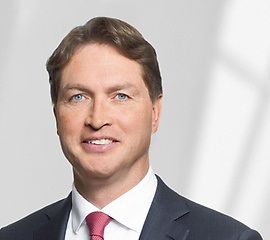 With the recent announcement that Dietmar Exler will succeed Stephen Cannon as the CEO and president of Mercedes-Benz USA, many are also awaiting the news about the potential inheritor of the position held by Daimler boss Dr. Dieter Zetsche. According to an article from Auto Evolution, citing the German publication Manager-Magazin as source, the most likely person who will take over the throne of Zetsche is Ola Kaellenius.

Based on the report, Zetsche is already 62 years old. The Daimler supremo’s contract will run up to the end of 2016. In a prior interview of Zetsche with Germany-based Bunte, he said he was open to the idea about a woman replacing him. However, Dr. Christine Hohmann-Dennhardt, the woman with the highest position in the company’s hierarchy was reportedly moving to Volkswagen in January 2016.

Kaellenius, who is now eyed as the next Daimler CEO, is presently 46 years old, and he has been with Mercedes since 1995. He is currently a member of the Board of Management of Daimler and the head of Mercedes-Benz Cars Marketing & Sales. His profile in Daimler says his appointment as member of the board started on January 1, 2015 and will end in 2017. On the other hand, his responsibility in marketing and sales of Mercedes began in 2013.

Now, the only question would be, “When will Zetsche step down?” The supervisory board of Daimler are looking to have his term extended up to 2019. That’s still a long wait for Kaellenius if the plan pushes through.

Despite that, just having a concrete plan about the next boss of the company going beyond 2019 is reassuring, and with Kaellenius’ colorful experience coupled with solid accomplishments, he will certainly do a good job that would equal or even surpass his predecessor.