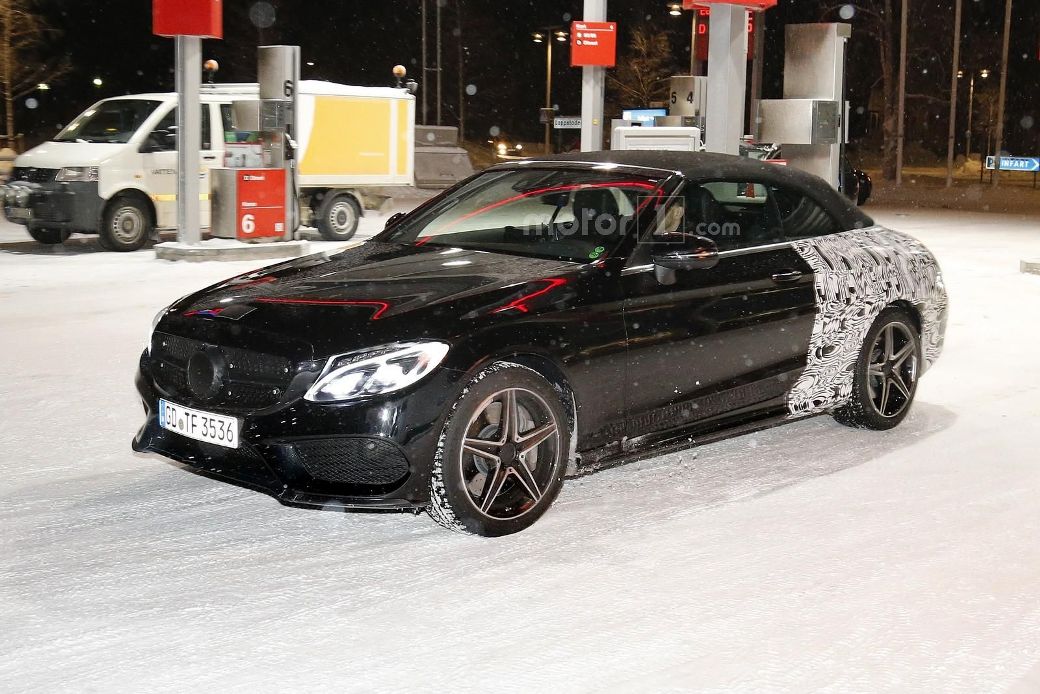 When it comes to quality control, it is hard to beat Mercedes-Benz as its vehicles go through harsh weather conditions while undergoing testing. One such vehicle spotted recently close to the Arctic Circle was the Mercedes-Benz C-Class Convertible, a shown on a report from worldcarfans.com.

The pictures were taken at a gas station and the prototype had a sporty front fascia featuring a single gar grille. It also had a set of stylish headlights and large-size air intakes. While the design of the unit is similar to the C-Class Coupe, the new rear body panels, redesigned trunk and soft top differentiated the convertible from the coupe. A power-retractable wind stop and air deflector on the windscreen are also featured on the convertible. 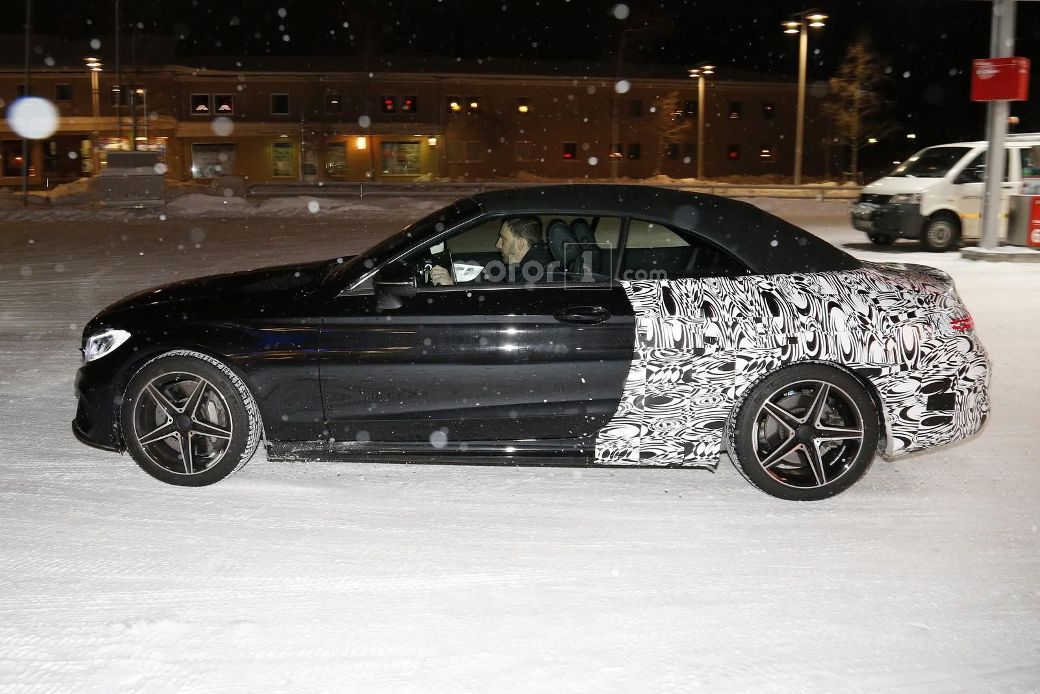 The interior of the Mercedes-Benz C-Class Convertible is expected to be similar to the C-Class Coupe. In addition to the typical features of a convertible, such as the soft top controls and airscarf seats, it may feature circular air vents, independent COMAND infotainment system and three-spoke steering wheel. 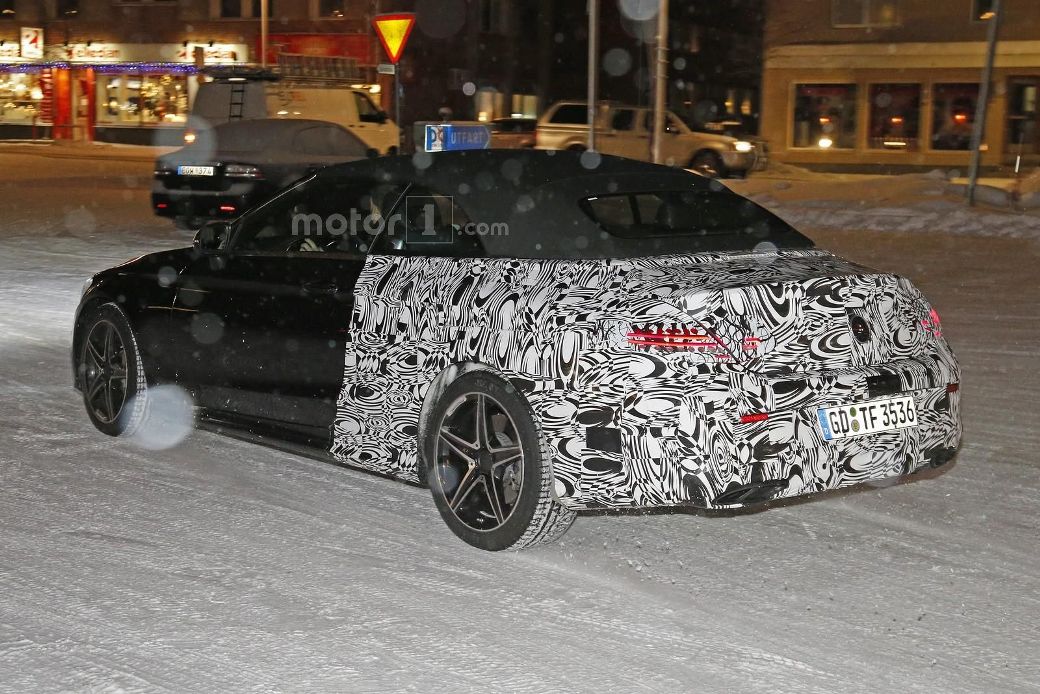 Performance junkies may also want to check out the Mercedes-AMG C63 Convertible, which is expected to come with a 4.0-liter twin-turbocharged V8 engine offering a 469 HP power output and torque of 489 lb-ft. Another AMG variant of the Mercedes-Benz C-Class Convertible will also have a power output of 503 HP and 516 lb-ft of torque.