You Can Now Order the New Mercedes-Benz S-Class Cabriolet 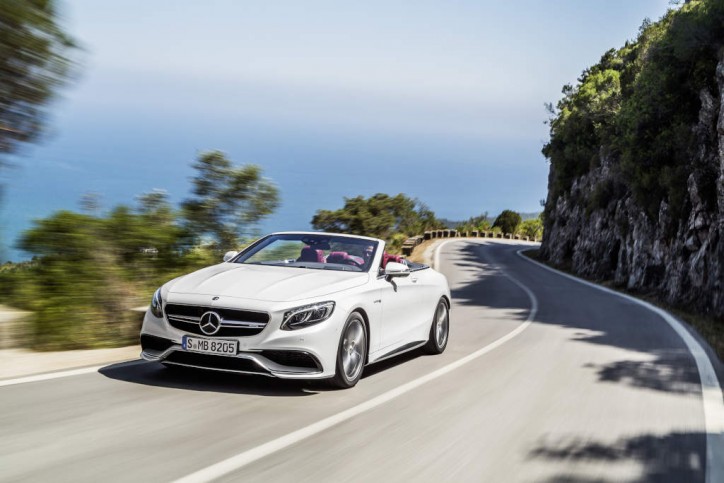 Get your Mercedes-Benz S-Class Cabriolet now.

Daimler just announced that the Mercedes-Benz S-Class Cabriolet is now available for customers who wish to order it. The source revealed that the car will hit dealerships starting April next year. For those who wish to purchase the S-Class convertible, be prepared to shell out 139,051.50 euros up to 187,484.50 euros for it, and more if you opt to include its exclusive packages.

It should be noted though that the date and pricing here refers to the major European markets of Mercedes. MBUSA confirmed that the Mercedes-AMG S 63 Cabrio will roll out from the dealerships of its territory by late spring of 2016, followed by the more powerful Mercedes-AMG S 65 in late summer. The pricing of the units are yet to be released.

Going back to Daimler’s press release, only the Mercedes-Benz S 500 Cabriolet and Mercedes-AMG S 63 4MATIC are available for order as of the moment. The range-topping S 65 will not be offered until April 4, 2016.

From the official data released by Mercedes, both the S 500 and the S 63 4MATIC house a V8 power unit with displacements of 4663 and 5461, respectively. The former can produce up to 455 hp and 700 Nm of torque. It can accelerate from zero to 100 km/h in just 4.6 seconds, and achieve a maximum speed of 250 km/h. The AMG model is propelled by an engine carrying 430 hp and 900 Nm of torque. The acceleration of the unit from a complete stop to 100 km/h is at 3.9 seconds while the top speed is also electronically-limited to 250 km/h.