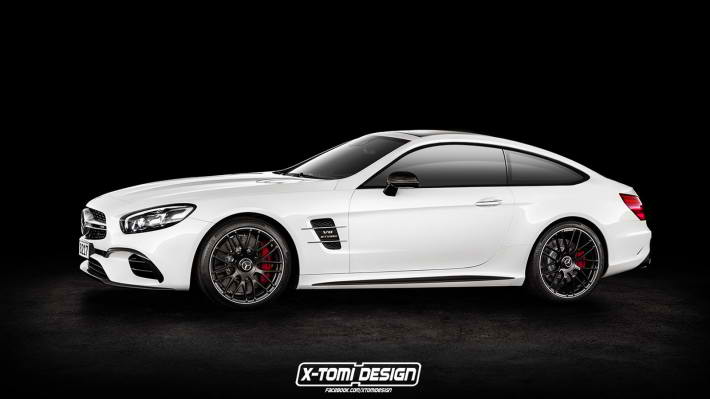 The Mercedes-Benz SL above has been transformed into a coupe with fixed roofing.

The 2016 Mercedes-Benz SL has finally been revealed. The convertible made its world premiere at the Los Angeles Auto Show last week together with the new Mercedes-Benz GLS.

From what we have seen, both vehicles were nothing short of amazing. Despite the two only getting facelifts as well as upgraded tech compared to their previous models, the changes certainly gave them a more refreshed look. The SL in particular received an updated look in its hood, grille, headlights, bumpers, diffusser and tailpipes.

As we all know, the SL-Class nowadays is popular for its cabriolets. However, a famous automotive artist provided a glimpse of how the latest SL car would look like if it was made into a coupe.

The image above shows the rendering made by X-Tomi Design, which gives everyone an idea of how beautiful it would be if Mercedes were to go on that direction.

Basically, the artist took the full body of the new SL and integrated some parts of the Mercedes-AMG GT with it. The most prominent element borrowed from the GT here is the permanent roofing of the car. Overall, the rendering made the SL more beautiful and sexier than it already is.

It is unlikely that Mercedes will release a coupe version of the SL in the near future, so all we have to do is stare at this baby for now, and imagine the “What if” scenario brought about by the rendering.