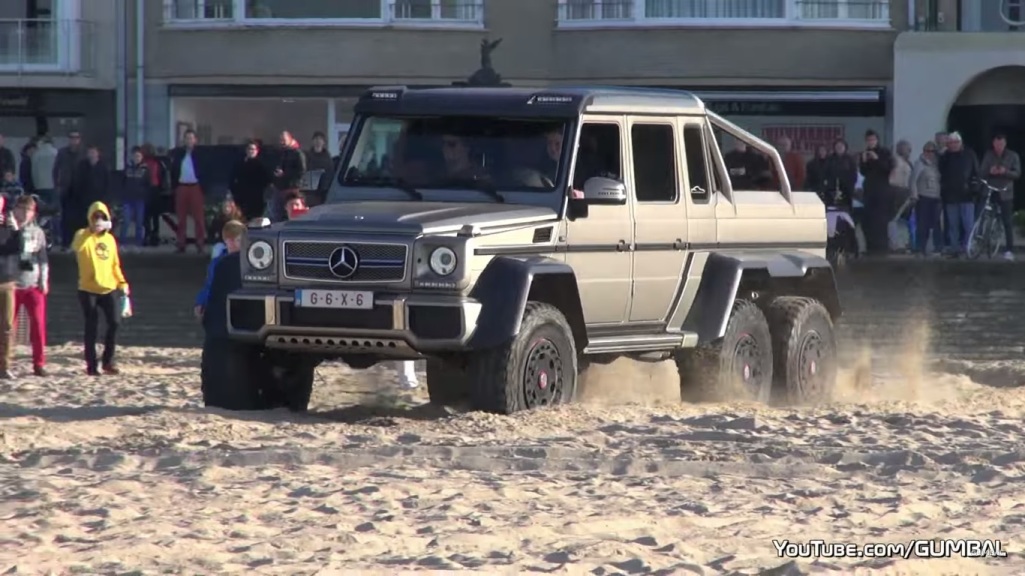 The Mercedes-Benz G63 AMG 6×6 is a big toy for the big boys. And with its price tag of half a million dollars, it is one very expensive toy. Mercedes-Benz produced around 100 units of the G63 AMG 6×6 and all of these units were sold out earlier this year. Due to this, seeing a G63 AMG 6×6 on the road is a rather rare occurrence let alone seeing the luxury SUV drifting at a beach in Belgium, as shown on a report from worldcarfans.com. 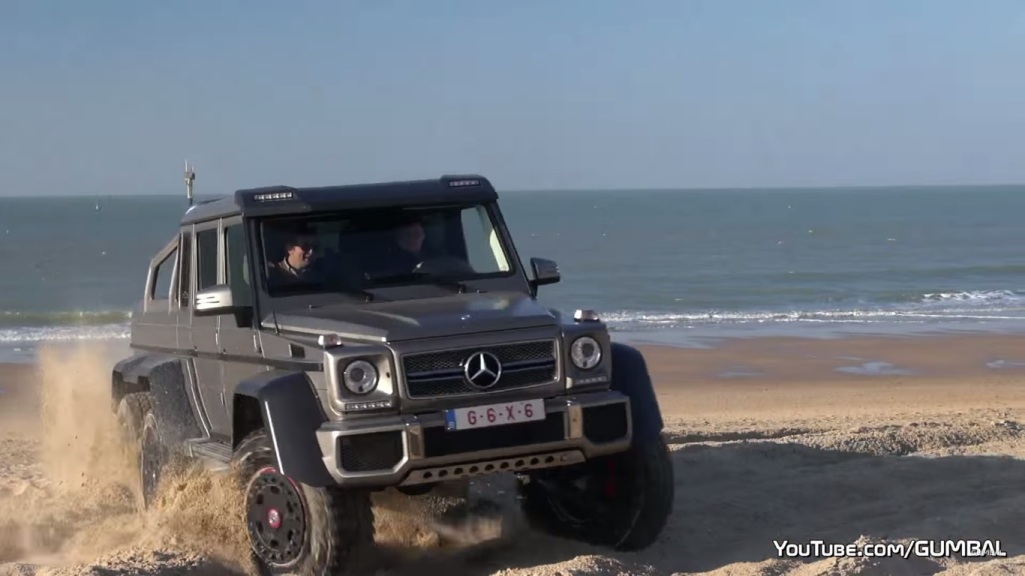 The G63 AMG 6×6 was actually a sidelight at the 66th Zoute Grand Prix where it was performing a number of power slides. However, as shown on the video, it was only able to complete the maneuver a couple of times. Despite this, it may be unnerving to see a 3,850 kg monster of a vehicle running at full speed close with a number of people watching nearby.

While it may be necessary for an improvement in the skills of the driver, it was good no one got hurt as the G63 AMG 6×6 thrashed around at the beach. The sight was a unique occurrence since Mercedes-Benz stopped producing this six-wheeled behemoth. The 5.5-liter bi-turbo V8 engine of the G63 AMG 6×6 is capable of producing 544 HP of power and torque of 560 lb-ft. Despite its size and weight, the Mercedes-Benz G63 AMG 6×6 can accelerate from 0 to 60 mph within 7.8 seconds.