Mercedes-Benz: What’s in a Name?

Once upon a time, it was simple to walk into a Mercedes dealership and understand that an E500 was a mid-size 4-door sedan with a 5.0l V-8 engine under the hood. The naming was not that complicated. Numbers actually corresponded to engine displacement, and the brand had fewer niche model ranges.

Take a leap to the present, and the rules have apparently changed. Mercedes-Benz has been engaged in a turf war with the other major German manufacturers over niche markets with model lines such as the CLS-Class, AMG GT and the GLE Coupe. New product lines are inevitable over time and something clearly desired by the consumer. However, the naming conventions have strayed and become somewhat meaningless—until now. 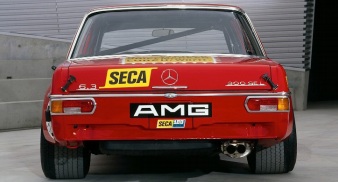 Mercedes has recently undertaken a major restructuring of sorts for its product lines. The changes are aimed at making things clear for the average customer and building bigger families under a single letter—albeit with many different variants underneath. These changes fall into two categories, one being the letter (A, B, C, E, S, G, etc.), and the other being the number that proudly rests next to the letter on your trunk, including, but not limited to 350, 400, 500, 550, 600, 63, and 65.

For starters, let us discuss the letter categories. These letters refer to the model range of the car and would be carried along with any drivetrain selection. Mercedes purists are all too familiar with the C-Class, E-Class, and S-Class core series, but these lines now carry more importance than ever before. Each letter refers to a size segment for those sedans with the C-Class being the entry level (albeit not entirely any longer) sedan, the E-Class acting as the mid-size option, and the S-Class taking its place at the top of the food chain as the full-size offering. These brand cornerstones will now take on new roles as the final piece of the lettering for the SUVs and crossovers. 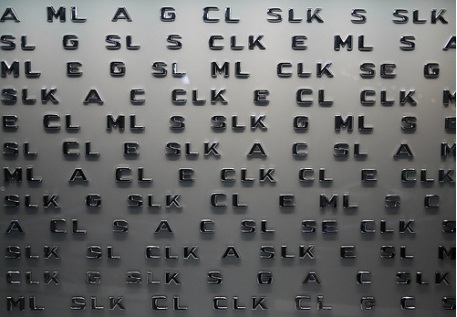 The first Mercedes SUV that many Americans will remember is the ML class from 1998. This original name came about due to BMW being displeased that Mercedes planned to name its first mainstream entrant with only an “M,” so the “L” was added. As time went on, Mercedes introduced the GL-class and GLK class situated above and below the ML range respectively. The “L” was not expanded to continue further than the GL though.

The GLK is another story altogether. The “K” letter was originally used on pre-WWII cars to denote a supercharged engine or Kompressor.

This standard usage continued up through models like the SLK 230, but its use on the GLK is less clear. While the history of these naming decisions may be interesting, Mercedes has decided to clean up its act and bring the SUVs in line with the sedans. GLK has become GLC thanks to its smaller size, ML is now GLE, and GL becomes GLS. The only thing not receiving a name change will be the G-Class or Gelandewagen. All of its lesser brethren receive the G designation as their first letter in homage to this historic Benz. 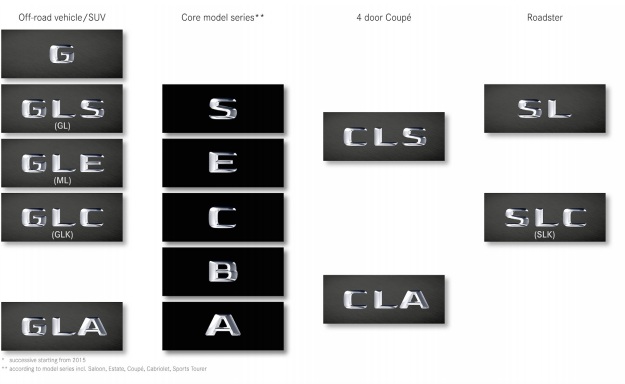 These changes help align the core product lines, but several other lines will receive similar treatment. Mercedes-Benz has decided to create an entire category of four-door coupes. All of which will begin with the letter CL. This is somewhat interesting considering that they recently dropped the CL line and returned to its original S-Class Coupe designation, but I digress. The new coupes will continue with a similar trend as the SUVs, and the CL will be followed by an A or S. The CLA is the entry-level model, and the CLS is the E-Class variant (it did not receive a proper name change to what would be CLE).

Nonetheless, this structure will allow Mercedes to add other niche models as they see fit. The last major name change comes to the SLK which will be changed to SLC. Instead of converting the SL range to something different (and perhaps because SLS was already used) it will retain its iconic stand-alone name.

These one, two, or three-letter model ranges are only the beginning of a larger ecosystem of vehicles that exist within. Depending on the type of vehicle, there is a range of other “badges” that could be affixed to your vehicle. Everything from “4Matic” for the four-wheel drive system to “Biturbo” for the AMG powerhouse engines, but these distinctions will require more time at a later date.

Join for our next installment where we will attempt to clear up the meaning behind the numbers sitting beside letters on the trunk lid.