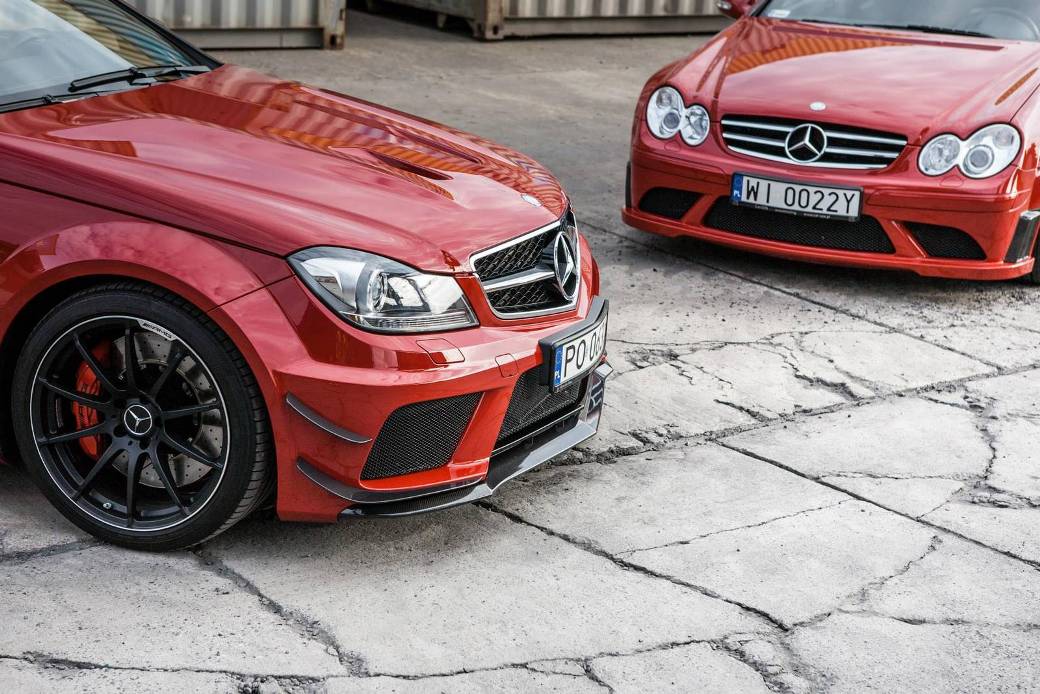 Bambot & Nasierowski had the rare opportunity of having not just one but both European muscle cars in a photo shoot. The two Black Series luxury vehicles looked impressive with their red paint and carbon fiber components as they posed for the shoot. 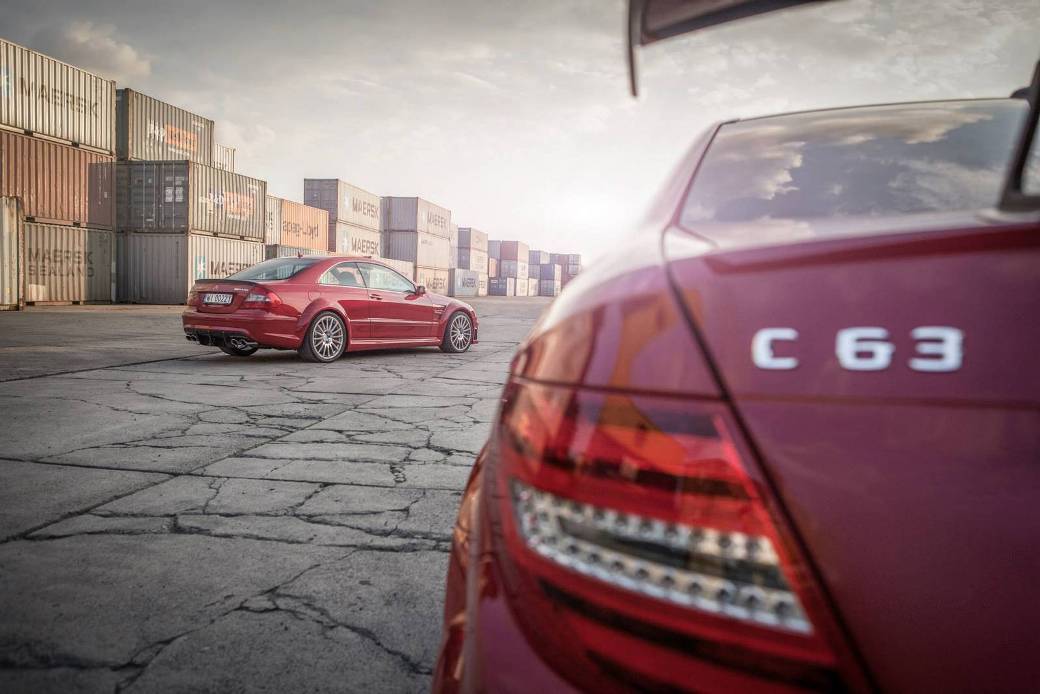 The Mercedes-Benz CLK63 AMG Black Series is still considered as one of the greatest muscle cars of Mercedes-Benz and was used as the official Safety Car of Formula for two consecutive seasons. The 6.2-liter V8 engine of the CLK63 AMG Black Series is capable of producing 507HP of power and torque of 465 lb-ft. It features a 7-speed automatic transmission that brings the power into its rear wheels. It is capable of accelerating from 0 to 100 km/h or 0 to 62 mph in a little over four seconds. The rear seats of the CLK63 AMG Black Series were removed and it featured a fully adjustable suspension system along with an upgraded rear axle.

On the other hand, the 6.2-liter V8 engine of the Mercedes-Benz C63 AMG Black Series has a power output of 510 HP and torque of 457 lb-ft. It can accelerate from 0 to 100 km/h or 0 to 62 mph within 4.2 seconds. The standard version of the C63 AMG features the upgraded front end suspension system of the CLK63 AMG Black Series. 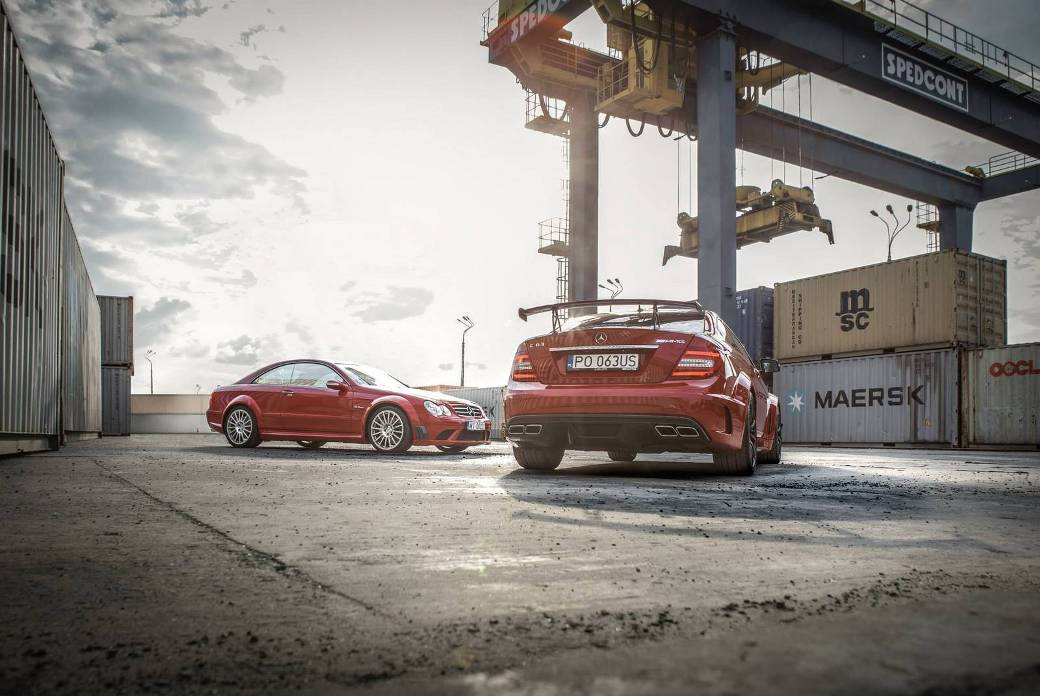