SEND US A TIP
AMG, Motorsport
0 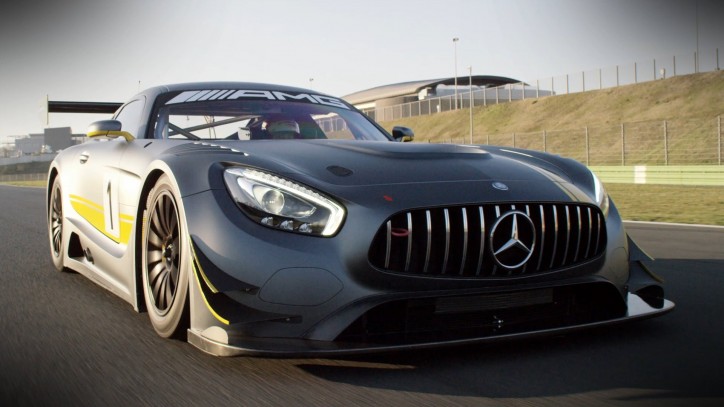 Mercedes-Benz just entered a new automotive thoroughbred to the world of high-performance racing with its 2016 AMG GT3. The vehicle made its debut to the acclaim of the press at the Geneva Auto Show in March, and will soon begin competing in prestigious racing events around the world.

Mercedes-Benz has experienced incredible success with its racing division in recent years, crafting exquisite, high-performance machines that win events. In the last two years, it has sold 60 vehicles in the high-price, high-performance racing market, which is a major achievement.

The 2016 AMG GT3 appears to be another winner for Mercedes-Benz, incorporating thoughtful new design features and a highly attractive body. The new vehicle replaces the retiring SLS AMG GT3, which was a quantum leap for the company in terms of racing design.

The new vehicle makes a number of refinements over the old SLS AMG GT3. The AMG GT3 increases track width, sheds some weight, makes enhancements to aerodynamic downforce and incorporates technology specifically designed to improve the racing experience. Some examples of race-specific technology in the new vehicle include a high-revving 6.3 liter V-8 engine, a six-speed sequential transmission and carbon fiber components in the body and interior.

The new 2016 Mercedes-Benz AMG GT3 made its debut at the Geneva Auto Show. Critics and automotive industry insiders gave the new racer a warm reception, showering the vehicle with praise for its innovative design and quality manufacture.

Its maker, AMG, is Mercedes-Benz’s racing division. AMG started in 1967, and Daimler-Benz (Mercedes’ parent company) took an interest in the company in the 90s. Mercedes-Benz took full control of AMG in 2005. AMG became Mercedes’ high-performance division and now manufactures the company’s most powerful and expensive vehicles.

Every aspect of the 2016 Mercedes-Benz AMG GT3’s design aims to improve the vehicle’s performance on the racetrack. The vehicle’s body is specially designed to achieve maximum downforce and aerodynamic efficiency. Design features include a widened body, large air inlets, special diffuser and an oversized rear aerofoil, each specifically purposed to increase performance.

The carbon-fiber diffuser on the front melds into the vehicle’s underbody to exert strong downforce when combined with the vehicle’s rear diffuser and aerofoil.
The design of the new vehicle is very distinct, starting with the “Panamericana” radiator grille. This grill takes cues from the classic Mercedes-Benz 300 SL racing sports car and gives the vehicle a “shark-nosed”, aggressive appearance.

The vehicle is powered by a 6.3-liter V8 engine, specifically designed for racing. The engine is naturally aspirating and is high revving. One innovative design feature which makes the vehicle ideal for competitive racing is dry sump lubrication, which eliminates the need for an oil sump. This allows the engine to be installed low in the vehicle’s chassis.

Mercedes-Benz engineers take great pride in their work. The engine for the AMG GT3 is badged with the signature of the technician who put it together. The GT3 has been designed according to the FIA’s GT3 rules meaning it will go head to head with its competitors.

The vehicle has a sequential six-speed transmission mounted on its rear axle. The gearbox connects to the engine via a torsionally rigid torque tube. Inside the torque tube, a drive shaft spins at the speed of the engine. The components are made of carbon fiber, making them lighter, and the overall design of the transmission works to transfer maximum engine power when the vehicle accelerates.

The vehicle’s brakes are easy to maintain and replace, plus they are fade-resistant. The vehicle uses special cooling ducts to efficiently cool the front brakes too, which are subject to high temperatures in competitive racing environments.

The new Mercedes-Benz AMG GT3 will begin shipping to race teams in late 2015, just ahead of the 2016 racing season. The new vehicle has a price tag of around $500,000, including taxes. Mercedes will provide top notch support for the new vehicle from its headquarters in Affalterbach. For national and international races, the company provides on-site support for its vehicles. AMG GT3 teams have won more than 70 events, including the 2012 World and European Champion and ADAC GT Masters 2012 Champion.

What do you think of the new Mercedes-Benz AMG GT3? How well will it compete against rival automobiles from Audi and Porsche? Does the new color scheme pop? Could you avoid getting a speeding ticket if you were behind the wheel?

Matthew Young is a freelance automotive journalist and blogger hailing from Boston. He is passionate about everything on 4 wheels and new, emerging tech in the industry. When Matthew is not busy writing about cars or awesome new technology, he usually spends time fiddling with his camera and learning a thing or two about photography. You can reach Matthew @mattbeardyoung.