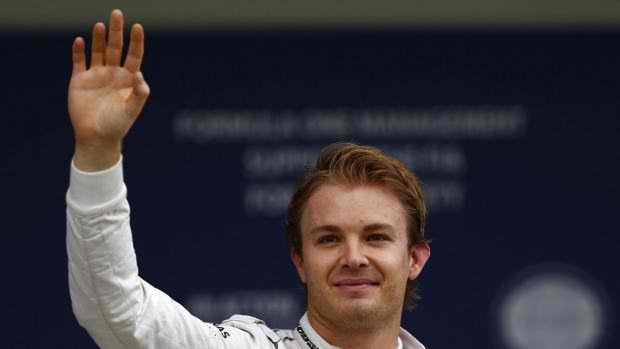 Nico Rosberg waves to the fans after getting the pole position in Japan. (Photo Source: Stuff.co.nz)

After the disappointing performance of both Formula One Mercedes-AMG Petronas drivers at the Singapore Grand Prix, wherein the current champ Lewis Hamilton retired in the event while Nico Rosberg only finished fourth, it seems they are en route to their winning ways again.

In the qualifying race for the Japanese GP, both Mercedes drivers had the first and second positions in the starting grid locked for themselves. Rosberg grabbed the pole at one minute and 32.584 seconds while Hamilton trailed behind at 1:32.660.

Hamilton was held up from beating his teammate by a crash near the chicane with Daniil Kvyat of Red Bull. Fortunately, the two finished the whole event unhurt.

It has been four months since Rosberg nailed the pole position. Last year, the German also got the same position in Japan. He was later beaten by Hamilton in the actual race though, which was held in wet conditions.

Next to Hamilton in qualifying was Valtteri Bottas of Williams followed by Sebastian Vettel of Ferrari in the fourth place and Felippe Massa of Williams in the fifth.

Rosberg said in his interview with The Guardian after the qualifying that he is hoping for a dry race in Sunday. He stated the wet race last year in Japan had him struggling with the inter tire.

It should be noted that the track in Suzuka is a very challenging one, especially during the rain. It was the location where Adrian Sutil of Sauber careered off track last year, and where the tragic accident that later claimed the life of Marussia’s Jules Bianchi took place.